Mahindra Launches e2o Plus For Rs 5.46 Lakh; Reveals Features And Other Details 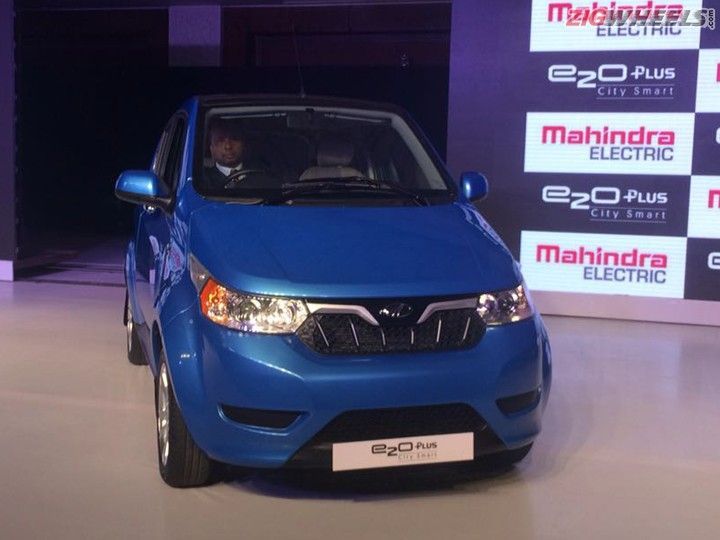 Mahindra and Mahindra, the car-making business of the US$ 17.8 billion Mahindra Group, has launched its new four-door electric car. The company calls the new product the “e2o Plus.” This new car continues Mahindra's efforts of doing something different when it comes to car-making. The e2o Plus is an all-electric car and can seat four people abreast. Mahindra has promised a number of improvements to its drivetrain, which include more range and faster charging times. Mahindra has launched the e2o Plus at a price of Rs 5.46 lakh lakh for P4; the P6 costs Rs 5.95 lakh, and P8 will cost Rs 8.46 Lakh (ex-showroom, Delhi).
The e2o Plus has a 210Ah lithium-ion battery pack. In the P2, P4 and P6 trims, it produces 25PS of power and 70Nm of torque. In the P8 trim, the power and torque figures go up to 40PS and 90Nm, respectively. The car has a two-speed direct drive transmission. The powertrains help the car achieve a top speed of 85 kmph in P8 trim while the rest can do up to a maximum speed of 80 kmph. The range of the car now stands at 110km for the P2, P4 and P6 variants, while it is up to 140km for the P8 variant. In terms of recharging capabilities, the P2, P4 and P6 trims can be recharged fully in 6 hours while the P8 trim can be juiced up in 9 hours on a single phase 3kW 16-amp charger.

However, with the three-phase 10kW 32-amp charger, the P2, P4 and P6 trims can be charged up to 95 per cent in just (1 hour 15 minutes). The P8 trim can be juiced up to 95 per cent capacity in 1 hour 30 minutes' time. In terms of braking, the car has disc brakes up front and drum brakes at the rear. The kerb weight of the e2o Plus P8 is 991kg while the rest of variants are lighter at 939kg. It rides on 14-inch wheels shod with 165/60 section tyres all around. The e2o Plus is 3590mm long, 1575mm wide and 1585mm high. Its ground clearance is 170mm and it has a wheelbase of 2258mm.
In terms of features, the e2o Plus has regenerative braking, smartphone connectivity, remote telematics and diagnostics, 3D grill up front, integrated rear spoiler and spacious interiors. The car is equipped with 10 computers on-board that handle things like A/C and charging. The remote app will allow users to connect with the car even when they are not driving. The Android-based infotainment unit on the e2oPlus is the first of its kind in this price segment.

Mahesh Babu, the CEO of Mahindra Electric, said on the occasion: "Our consumer is an ubran city dweller who commutes daily. He wants a comfortable drive and not hassled by regular gearshifting and low maintenance costs. The cities have become congested and driving speeds have reduced a lot. Parking spaces have reduced too. We are working on building smart cities in collaboration with govt. Hence, we thought of a car which is city smart, reduces driving hassles, is affordable for longer commutes and solves other daily transportation problems. Hence, the e2oPlus was born."