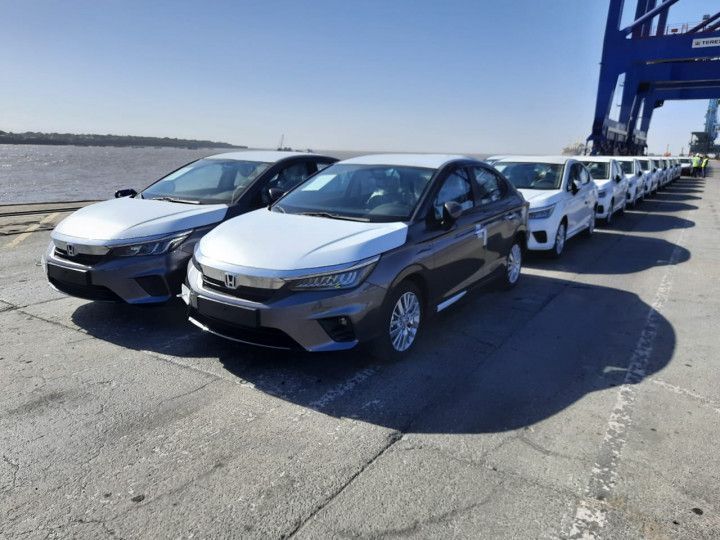 Honda Cars India has begun exporting the left-hand drive (LHD) variant of the fifth-generation City to the Middle East. This is the first time the Japanese carmaker is exporting a LHD variant from its India plant. It also exports the right-hand drive (RHD) variant to Nepal, South Africa, and Bhutan.

Honda Cars India aims to export the LHD City to 12 countries by the end of 2021. The carmaker is currently exporting the Amaze, WR-V and City to Nepal, Bhutan, South Africa as well as countries under the Southern African Development Community (SADC).

Commenting on the latest development, the President and CEO of Honda Cars India Ltd., Gaku Nakanishi, said, "We have invested in creating an expansive world-class manufacturing facility at Tapukara which can produce both right-hand and left-hand drive models, allowing us to manage demand for domestic and international consumers.”

In recent news, Honda Cars India recently stopped production at its Noida plant which was being underutilised. Its flagship models -- the Civic and CR-V -- which used to be manufactured in Noida, have been axed in India. Honda’s portfolio now consists of the Amaze, Jazz, WR-V, the fourth-gen City, and the fifth-gen City.

This latest development could give Honda’s India operations a much-required boost.