And you will get to play it in Gran Turismo Sport 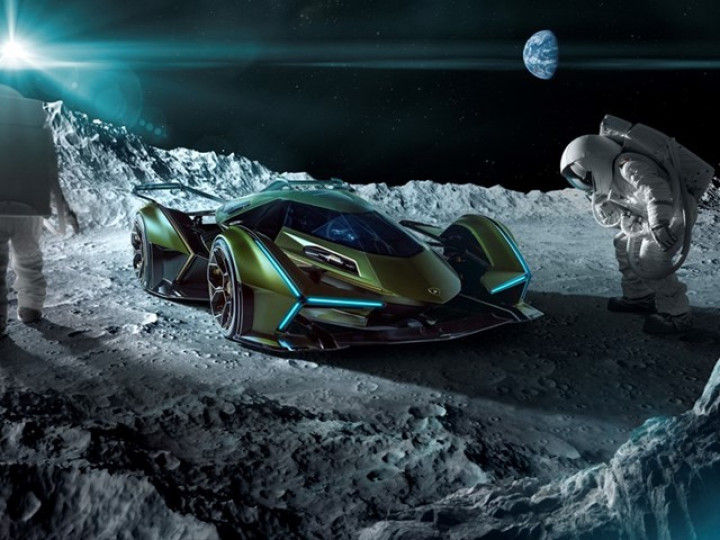 Lamborghini unveiled a new concept car last week on November 24. Lambo V12 Vision Gran Turismo is an all-new hybrid supercar powered by the Sian’s V12 engine and supercapacitors. Read about the Sian in our story here. You will be able to drive it in the simulation game Gran Turismo Sport, where the car will be available from mid-2020. A real-life prototype has been unveiled in Monte Carlo, Monaco, ahead of the 2019 FIA Certified Gran Turismo Championship world finals.

Lambo V12 Vision is a striking car to look at. The short nose is tucked beside the fenders. There are no doors. Ingress is from the front of the car which opens up and you get in like you would in a single-seater sailplane. Move to the rear and the wing with the Y-shaped brake lights looks like a spaceship built by an alien race.

Petrol power comes from a 6.5-litre V12 engine from the Lamborghini Aventador SVJ. In the Sian, it makes 785PS of power. The electric motor is good for another 34PS of boost. Boost, you ask? The Lambo V12 Vision GT has supercapacitors, which act like hybrid-electric nitrous injection systems. Supercapacitors can charge up and then discharge much faster than batteries and offer consistent performance. This unique hybrid system doesn’t make the Sian more efficient or produce less emissions, but to get that burst of power when shooting around on a track!

On the inside, the Vision GT is like a fighter jet from the future. Vehicle controls are all on the steering wheel, and there is no instrument cluster. In the game, all your driver’s information will be holographically displayed in front of you. The carmaker has emphasised both revolutionary design as well as lightweight materials and hybrid powertrains.

The simulation version of the car will surely be a spectacle and exciting to drive on the track, even if only in simulation. It is possible that the Lambo Vision GT would spawn another limited-production supercar. For now, we’ll have to get our hands on a gamepad and a console.