All About The Lamborghini Huracan RWD Before Its Launch 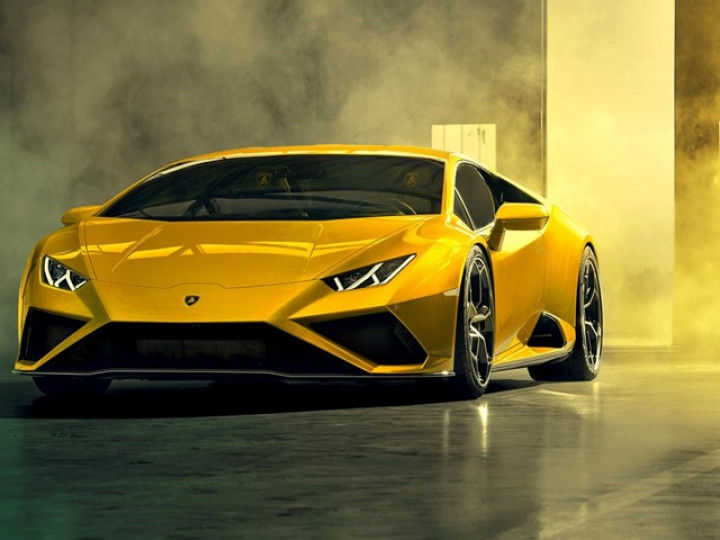 Lamborghini introduced the Huracan Evo RWD supercar globally on January 7. Less than a month later, the carmaker will launch this rear-wheel-drive supercar in India. We expect a starting price of Rs 2.91 crore. Once launched, the Huracan RWD will sit in the gap between the Porsche 911 and the Ferrari 812 Superfast. Here’s all you need to know about this track scorcher ahead of its launch tomorrow.

Under the bonnet and behind the seats sits a 5.2-litre naturally-aspirated V10 engine good for 610PS of power and 560Nm of torque. It is paired with a 7-speed dual-clutch transmission which sends all the power to the asphalt via 305-section tyres in the rear.

Lamborghini claims that this supercar isn’t built just for setting lap times. In Strada mode, the Huracan’s P-TCS system emphasises traction and reduces rear wheel slip to keep you safe. Switch to Corsa mode and you’re ready for a track day. The P-TCS gives you that little bit of slip to make the car more agile in the corner. Lamborghini claims that the system improves corner-exit traction by 20 per cent and oversteer by 30 per cent over the previous Huracan RWD.

To enjoy the Huracan to its fullest extent, switch to the Sport mode and all hell breaks loose. The system lets you slide and drift all over the place. But if it detects that the tail is spinning out rapidly, it’ll reduce torque to the wheels to keep you from spinning out.

The Huracan RWD has a chassis made of aluminium and carbon fibre. The bodywork is a mix of aluminium and thermoplastic resin. For this reason, this mid-engined V10 supercar weighs less than a top-spec diesel Skoda Octavia. It has a rear-biased 40:60 weight distribution and electro-hydraulic steering for maximum feedback.

For the running gear, you get double-wishbone independent suspension all-round. 245- (front) and 305- (rear) section Pirelli P-Zero tyres sit on 19-inch Kari wheels. You can opt for 20-inch wheels and carbon-ceramic brakes.

On the outside, the Huracan Evo RWD is near-identical to its AWD sibling. It gets a new splitter and vertical fins on the front air intakes. The rear diffuser on the gloss-black bumper is all-new, too.

Inside, the Huracan Evo RWD’s design and hardware is familiar. However, the infotainment screen is now 8.4-inches diagonal. It gets telemetry, internet connectivity, and Apple CarPlay.

Why Is It Special?

The Lamborghini Huracan RWD comes as a breath of fresh air in 2020. The number of rear-drive, mid-engined sportscars and supercars is slowly dwindling in the race for better lap times around the Nurburgring. Most of Ferrari’s supercars are now all-wheel-drive and McLaren is yet to come to our shores. The Lamborghini’s only rear-drive rivals in India are the Jaguar F-Type, Porsche 911, and the Ferrari 812 Superfast. Of these, only the Porsche has a mid-rear layout.