Just when you thought Lamborghini couldn't make the Aventador any better, they went ahead and did exactly that! 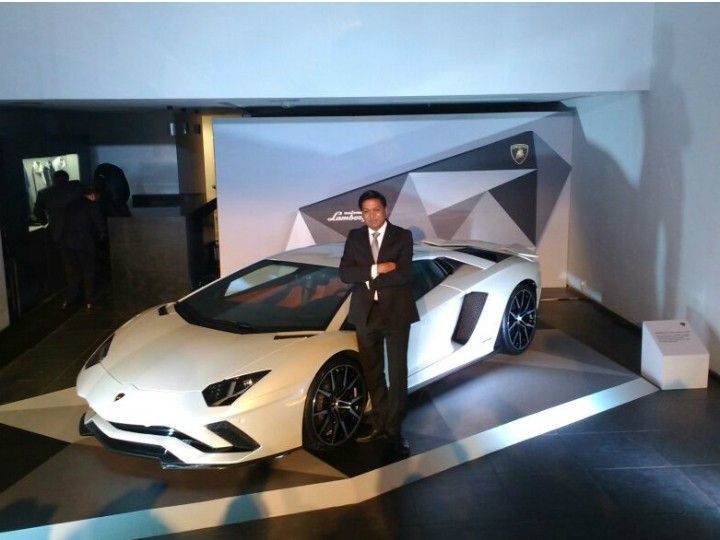 Lamborghini India has launched the Aventador S at Rs 5.01 crore. Take a moment, and let the big sticker price sink in. Go ahead, share this on your Facebook or Whatsapp, and let people know about a car that costs as much as a couple of apartments in Mumbai. But, pause and look at it. Doesn't it look worth every single penny?

Design directives for Lamborghinis have been awfully simple over the years - 'Look good on a 10-year old's bedroom wall'. Does the Aventador S manage to pull that off? You bet! Of course, this is the facelift of the Aventador coupe, so it doesn't look drastically different. It gets a new front and rear bumper, both of which also help the supercar slip through the air better and keep the monstrous V12 breathing cool. There's 130 per cent more down force up front, and close to 400 per cent more at the rear when the active spoiler is in low drag mode.

Step inside the cabin and there isn't a whole lot different here either. You continue to get the jet-fighter inspired cockpit with the flippy tab that houses the start-stop button. Considering you pay a princely sum for the car, you get the choice of ringing up Lamborghini's personalisation division 'Ad Personam' and speccing the car as you please. Lamborghini say the customisation options are virtually limitless. If you have been a Lamborghini fanboy, you will immediately notice the tiny change in the cabin. The LCD TFT display that replaces the old-school analogue dials is now new, and features different graphics.

What hasn't changed, though, is the screaming 6.5-litre V12 motor that sits right behind your shoulder. At the behest of your right foot lay 740PS and 690Nm. Choose to flex the foot and you will be catapulted to 100kmph in a matter of 2.9 seconds. Keep the loud pedal buried into the carpet for long enough, and you will see 350kmph show up on the speedo. All the mental Italian horses drive all four wheels via Lamborghini's 7-speed automatic gearbox. Now, this is no dual-clutch unit (in fact, it is quite similar to an AMT in principle) but it shifts within 50 milliseconds. Impressive, isn't it?

That said, the biggest addition to the Aventador S isn't the extra power. It's four-wheel steer. The rear wheels turn in within 5 milliseconds of input in the same or the opposite direction as the front wheels depending on the speed. At parking speeds, the rear wheels turn in the opposite direction, reducing the wheelbase and turning radius in the process. On the other hand, it turns in the same direction during high speed cornering, to make the car feel more planted.

Lamborghini have also added a fourth driving mode to the earlier Strada, Sport and Corsa. It's called 'Ego' and it lets the driver select individual settings for the engine, suspension and the steering. The Aventador S will be at its sedate best in Strada, a tail wagging loony in Sport, and a track monster in Corsa. You flick to Ego if you want a cocktail of the three. We're glad (and in awe) that Lamborghini lets you do that.

Rivals? Well, there's the new Ferrari 812 Superfast and the Aston Martin Vanquish. There's plenty to choose from for the adult, but the 10-year old in you will always yearn for the Lambo.