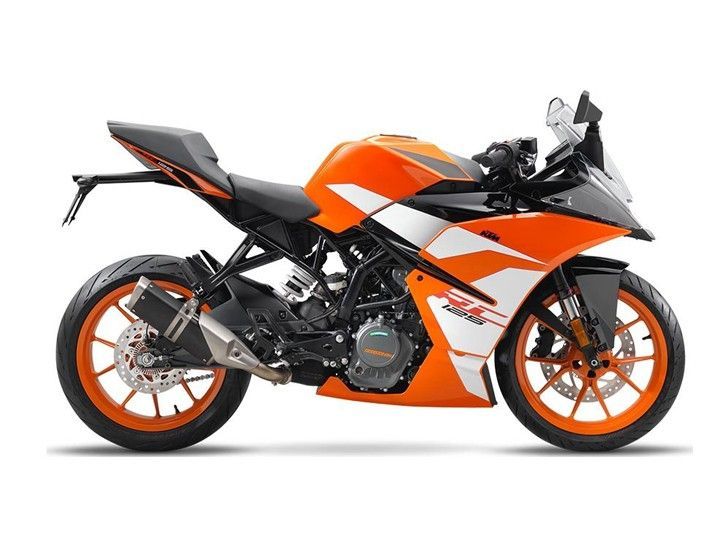 While we are gearing up for the 2017 KTM 390 Duke to break cover at the 2016 EICMA motorcycle show, the Austrian bikemaker has updated its RC series. The KTM RC 390, RC 200 and the RC 125 will now be offered a new livery as part of the update for the 2017 model year. The new graphics does make the bike look much more appealing with the orange shade getting prominence for every bike.

The update of the KTM RC 390 and its siblings indicate that the RC series will not be getting a major revamp similar to the 2017 390 Duke that is slated to be unveiled next month. The KTM RC 390 and its kin debuted a year later after the 390 Duke was launched so it is safe to assume that it will get an overhaul in 2018 only.

Apart from the new livery, there has been no cosmetic or mechanical updates. An interesting thing that we noticed was that the KTM RC 200 still carries forward the underbelly exhaust while its siblings get a single-sided muffler for Euro 4 emission norms. The Indian market didn’t receive the new exhaust setup yet and bot the RC 200 and the RC 390 feature an underbelly exhaust. We hope the new livery for the KTM RC 390 and the RC 200 is introduced in the Indian market soon.