Make Way For The Orange Beast At IBW 2019 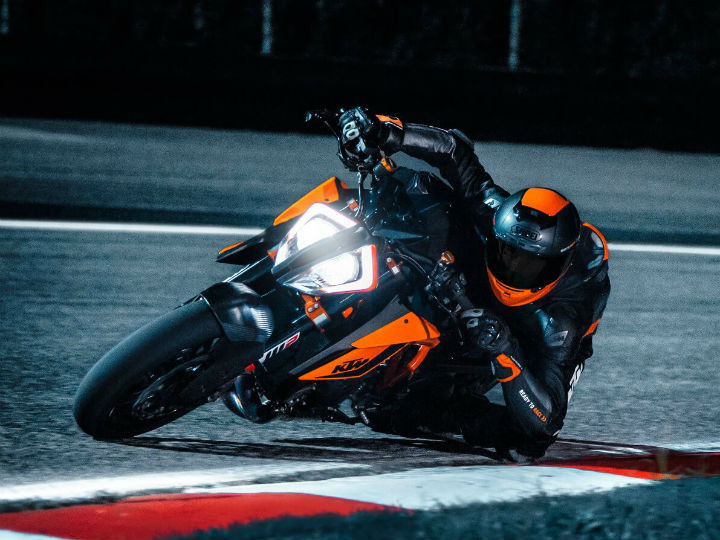 KTM will be making its debut at India Bike Week this year and the Austrian brand wants to make a smashing entry. The company has confirmed on its social media channel that it will be showcasing the KTM 1290 Super Duke at IBW 2019. And we are hoping that it’s the new 1290 Super Duke R that was showcased at the 2019 EICMA motorcycle show last month.

KTM calls the 1290 Super Duke “The Beast” and there’s a good reason for it as it’s amongst the most powerful street nakeds on sale globally. The Super Duke R is powered by a 1301cc liquid-cooled V-twin motor that churns out 180PS and 140Nm of peak torque. To keep all this power under a leash, it gets an extensive electronic suite which consists of a multi-level traction control, 4 riding modes, engine brake control, cruise control and cornering ABS. It also features a tyre pressure monitoring system and all these electronics can be controlled via a colour TFT screen along with Bluetooth connectivity.

So will KTM launch The Beast in India next year? The straightforward answer is no. In its current form, the 1290 Super Duke R is Euro 4 compliant, so we will have to wait till the Euro 5 version comes out. The main purpose of showcasing the flagship Duke at IBW 2019 is be to create brand awareness, but in the long run we see the 1290 Super Duke going on sale in India.

We will be reporting live from IBW 2019, so make sure you follow the website and the ZigWheels social media channels for the latest updates.