Kia Seltos Gets Over 6,000 Pre-Bookings In A Single Day!

Set to be launched on August 22, the Seltos will rival the Hyundai Creta, Tata Harrier and MG Hector 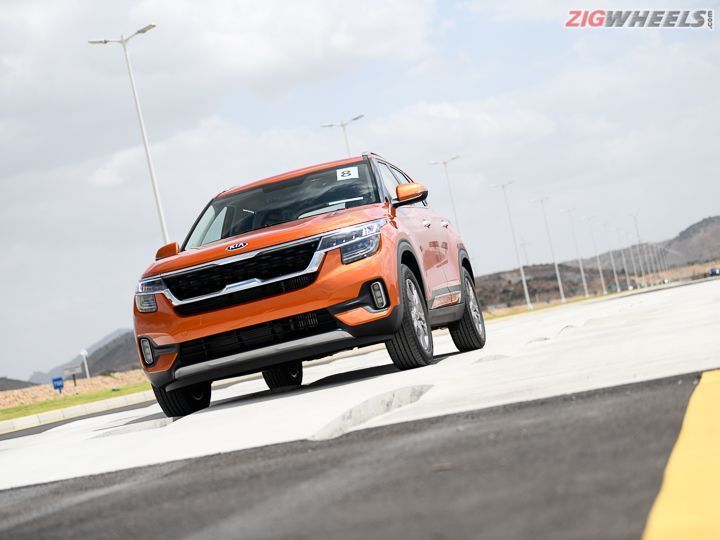 Just a day after Kia opened bookings for its upcoming SUV, the Seltos, the Korean carmaker has revealed that it has already garnered over 6,000 bookings ahead of its launch on August 22. Bookings are currently being accepted online and at the carmaker’s 206 sales points across the country. Bookings are currently being accepted for a token amount of INR 25,000. The carmaker plans to ramp that number up to 265 in 160 cities soon.

The Kia Seltos will be available in two trims - HT Line and GT Line. Both trims differ in a number of areas like wheels, bodywork inserts and interior upholstery.

At its heart, the Seltos will be powered by three BS6-compliant engines and four transmission options, which is more than any other car available in India. The petrol engines consist of a 1.5-litre motor that delivers  115PS of power and the range-topping 1.4-litre GDI turbo-petrol unit which is good for 140PS of power. The 1.5-litre diesel engine, on the other hand, delivers 115PS of power.

Notable interior highlights include a 10.25-inch infotainment system that support Android Auto and Apple CarPlay and a Bose surround-sound system. Other highlights include an 8.0-inch head-up display, a 360-degree camera with blind view monitor, sound mood lighting, ventilated seats, powered driver seat, front and rear parking sensors as well as a sunroof. The Seltos will also get Kia’s UVO Connect which offers a host of connected car features that is similar to Hyundai’s BlueLink system that debuted with the Venue. The UVO Connect will be free of cost for the first three years. In terms of safety, the Kia Seltos will offer six airbags, a tyre pressure monitor, ABS, and vehicle stability management.

The Seltos looks to have gotten a speedy start, but since these are pre-booking figures it remains to be seen if the momentum is sustained after Kia reveals the all important pricing on August 22. Expected to come with a price tag ranging between Rs 10 lakh to 16 lakh (ex-showroom), it will go up against the likes of the compact and mid-size SUVs such as the Hyundai Creta, MG Hector and the Tata Harrier in India.

Kia Takes The Wraps Off The US-Spec Seltos and...