Kia Seltos To Get A Funky Anniversary Edition This Diwali! 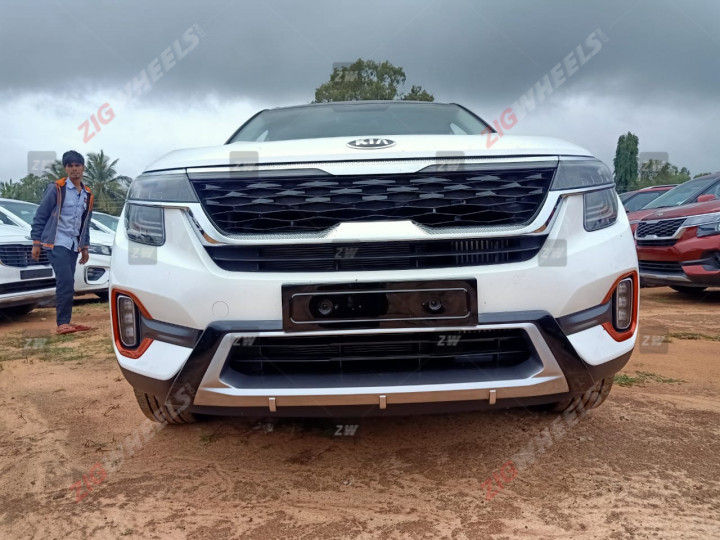 The Kia Seltos, which has emerged as one of the best selling models in its segment, turned one this August. In a bid to commemorate its first anniversary and keep the momentum going, the manufacturer will be launching a funky-looking Anniversary Edition this festive season. We have now managed to get pictures and specifications ahead of its launch.

The Seltos Anniversary Edition is based on the mid-spec HTX variant. A few dealerships have even begun unofficial bookings and hinted at it being a limited edition model. So, we suggest you make a decision sooner rather than later if you would like to own the funkier Seltos. It’ll be offered in one monotone and three dual-tone colours: Aurora Black Pearl, Gravity Grey/Aurora Black Pearl, Steel Silver/Aurora Black Pearl, and Glacier White Pearl/Aurora Black Pearl.

Updates in the Seltos Anniversary Edition are largely cosmetic. For starters, the most evident differentiating factor is the presence of orange accents on the fog lamp surrounds, faux exhaust surrounds and hub caps in the Anniversary Edition. It’s also longer by 60mm, courtesy the redesigned skid plates at the front and rear. It sits on blacked-out wheels and gets ‘Anniversary Edition’ stickering on the tailgate.

The stealthier black finish is carried inside as well with all-black door pads and leather upholstery with diamond stitching. Even the soft-touch leather trim on the dashboard is finished in… black. In comparison, the standard HTX trim comes with a dual-tone black-beige interior.

The Seltos Anniversary Edition sure stands out with its orange and black accents. But since it’s based on the mid-spec HTX variant, it loses out on some features found in the higher-spec variants such as the 8-speaker Bose sound system, ventilated front seats, power-adjustable driver’s seat, a 7-inch colour multi-info display, and a wireless smartphone charger.

Also Read: Here’s The Production-spec Nissan Magnite Before You’re Supposed To See It

We expect an official announcement about the Seltos Anniversary Edition in the coming days. It is likely to come at a slight premium over the standard HTX model priced from Rs 13.34 lakh (ex-showroom). The Seltos locks horns with the Hyundai Creta, MG Hector, Tata Harrier and Mahindra XUV500.