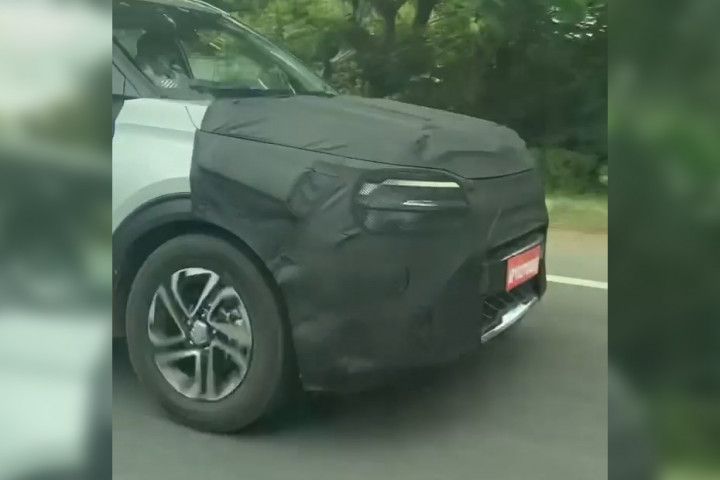 First things first, the SUV’s A-pillar and the glass area for the front and middle row occupants is the same as the Seltos. We could also notice a sharp shoulder line flowing from the headlights, a design trait present in the Seltos too. And the upright bonnet is again very reminiscent of the 5-seater SUV. Therefore, it’s safe to assume that it’s the Seltos-based 7-seater.

On to design details and differences. The upcoming SUV bears a new design for the headlamps and gets sleeker LED tail lamps for a unique identity. Then there are the larger dimensions and new alloy wheels (probably 18-inch units) to complement its overall larger size. As is the case with the Hyundai Alcazar and Tata Safari, the upcoming SUV will have a completely redesigned rear.

We reckon the SUV will most likely be based on the Alcazar’s platform, which sits on a 2760mm wheelbase. Based on our experience with the Alcazar, this should translate into a decent amount of legroom for the first two rows while the last one is best suited for kids.

Passenger safety should be taken care of by multiple airbags, ABS with EBD, electronic stability control, a 360-degree camera with blindspot monitor, and a tyre pressure monitor.

The Seltos 7-seater is likely to be powered by the Alcazar’s 159PS 2-litre petrol and 115PS 1.5-litre diesel engines. Both units will likely be offered with a 6-speed manual and 6-speed torque converter automatic transmission.

The Kia Seltos 7-seater will be unveiled in early 2022. It’s likely to be priced from around Rs 15 lakh, putting it in the ballpark of the Hyundai Alcazar, Mahindra XUV700, Tata Safari, and MG Hector Plus.