The Carnival MPV Is Kia’s Next Car For India, To Be Followed By A Compact SUV

Kia Motors India has targeted key market segments for its next launches. 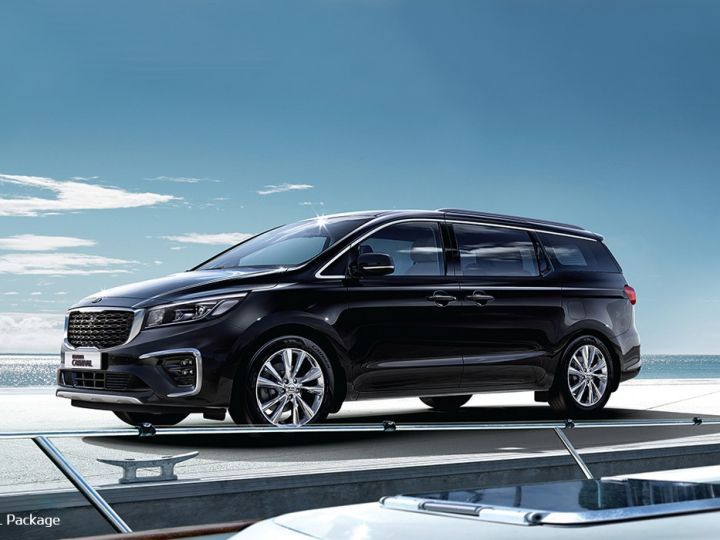 Kia Motors has had a good run with its Seltos SUV in India. Now, it has confirmed the launch of its next vehicle, an MPV called the Carnival, which sits a segment above the Toyota Innova Crysta. While launch dates have not yet been announced, we expect the company to launch the car at or before the Auto Expo 2020. The new Carnival was spied testing just a month ago, albeit heavily disguised. Expect prices to range from Rs 24 to 26 lakh for the tech-laden, luxury-centric Carnival. Later in 2020, Kia Motors will also launch a compact SUV, codenamed the QYI, which would sit in the same segment as the Hyundai Venue and Maruti Vitara Brezza. While no details have been revealed, it is possible that this new QYI SUV would be a sub-4-metre iteration of the Kia Stonic.

The Kia Carnival is expected to come to our shores with a 2.2-litre CRDi VGT diesel engine. It produces 202PS of power and 440Nm of torque. This engine would make it more powerful than the 2.8-litre diesel in the Toyota Innova Crysta. Transmission duties on the Carnival are expected to be performed by an 8-speed automatic, while a 6-speed manual may be available at a lower price.

The Carnival is likely to be introduced as a 7-seater, though 8-seater and 11-seater options are available in other countries. It will have power sliding rear doors and an electronically operated tailgate. Other features such as wireless charging, 8-inch touchscreen infotainment with Android Auto and Apple CarPlay, 7-inch digital instrument cluster, and three-zone climate control are also expected to be available on the Carnival MPV.

Little is known about the compact Kia SUV, which is expected around the festive season in 2020. It may be based on the Kia Stonic, which has been on sale internationally since 2017. In our market, the compact SUV will compete with the Maruti Suzuki Vitara Brezza, Hyundai Venue, Nissan Kicks, Ford Ecosport and XUV300. It is likely to be powered by the 1.0-litre turbocharged GDi engine found in the Venue.

Kia Motors has been secretive about the details of either model, but the company will probably display the two cars at the Auto Expo 2020. The compact SUV is likely to be seen as a pre-production model. Prices are expected to be competitive with the rest of the segment.

Kia Motors has been proactive in India since the launch of the Seltos, having opened its first overseas experience centre in Gurugram. The brand is also expected to offer its UVO-connected car technology on all future vehicles as well, courtesy Vodafone’s internet-of-things (IoT) solutions.