No ZX-25R? No Problem. Here Are Your Alternatives

The manic little Ninja might not be coming to India anytime soon, but here are some other similarly priced options 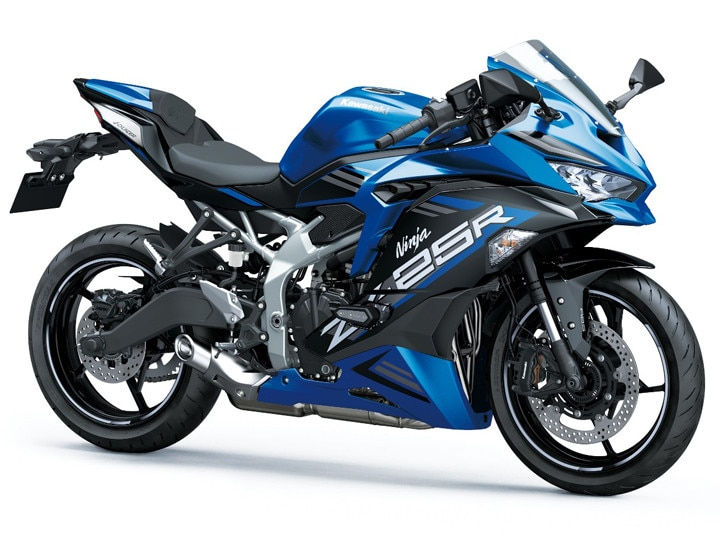 At long last, the wait has come to an end. With the Kawasaki Ninja ZX-25R now finally launched in Indonesia, we’ve got our hands on everything. Official engine figures, variants, and even official prices. It’s priced between 96 million and 112 million Indonesian rupiah (on-road Jakarta), which works out to around Rs 5 lakh to 5.87 lakh. Unfortunately, the 25R isn’t going to make its way to India anytime soon. But if it were to ever arrive at this price point, here’s what else you could buy in our country for a similar amount of cash:

For a little bit more cash, you can get yourself a whole lot more bike. At Rs 6.24 lakh, the Ninja 650 is slightly more expensive and only offers half the cylinders of the ZX-25R. But that 400cc displacement advantage means that it pumps out 17PS and a mammoth 42.8Nm more than the little 25R. It’s likely to be a far more usable and practical motorcycle than the manic little supersport.

For even less cash than the Ninja, you can buy yourself even more cubes. The Harley-Davidson Street 750 might be the most affordable Milwaukee bike available but it’s still a proper 750cc V-twin cruiser. The low-slung and long look gives it a lot of presence and the soundtrack is pretty sweet too. All yours for a rather reasonable sum of Rs 5.34 lakh.

The ZX-25R was actually conceived as an alternative to the Ninja 400 more than any other bike, because in South-East Asian markets like Indonesia, bikes over 250cc are heavily taxed. The 400 shares very similar design language and dimensions, but it’s powered by a 399cc parallel-twin motor churning out 45PS and 37Nm. It’s likely to be just as quick, if not quicker than the 250, and will cost you less too. The BS4 version retailed for Rs 4.99 lakh, which, though expensive compared to the likes of the KTM RC 390, is still good value when placed against the ZX-25R. A BS6 version is expected soon with a price hike of around Rs 10,000 to Rs 20,000.

An even better alternative to the Street 750 is the mighty Street Rod. Though they’re both powered by the same 749cc Revolution X motor, the Street Rod is far more capable than its looks would have you believe, and it offers a more exciting riding experience as well. Yes, it comes at a cost -- the Street Rod is priced at Rs 5.99 lakh, but we think that this is money well spent.

*all India prices are ex-showroom Delhi