Kawasaki Ninja ZX-25R Launched in Japan, But With A Major Letdown 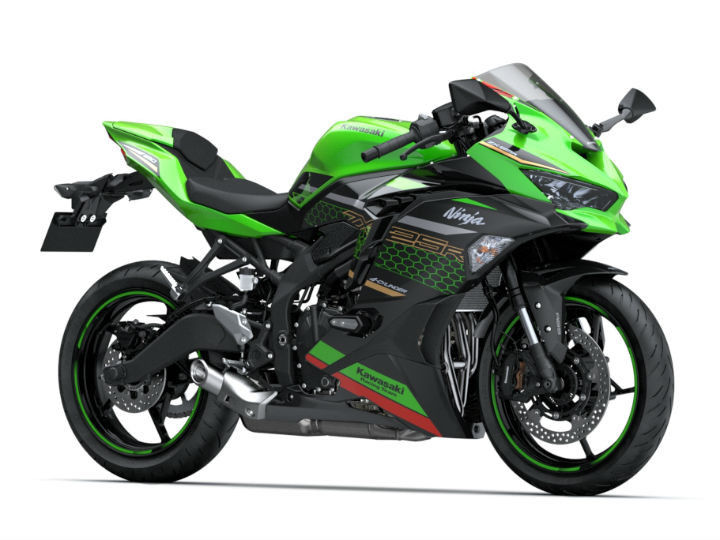 After its launch in Indonesia, the Kawasaki Ninja ZX-25R has now been launched in Japan. However, it isn’t as powerful as the Indonesian-spec model. The Japanese-spec bike makes 45PS (without ram-air) at 15,500rpm and 46PS (with ram-air) at the same rpm while peak torque stands at 21Nm at 13,000rpm.

In comparison, the Indonesian-spec version makes 5PS more (both with and without ram-air) at the same rpm as that of the Japanese model. At 22.9Nm, the peak torque is up by 1.9Nm and it arrives at 14,500rpm. The reduction in power and torque is likely due to the strict emission norms in Japan. This is evident in the bike’s kerb weight as well. The SE edition in Japan tips the scale at 184kg whereas the same variant in Indonesia weighs 182kg. The standard variant, on the other hand, weighs 180kg in Indonesia while the Japanese-spec base variant is 183kg.

Interestingly, even the Japanese-spec Ninja ZX-25R is made in Indonesia which explains the higher pricing. The SE Edition features a bi-directional quickshifter, USB charging port under the seat, smoked windscreen, frame sliders and rim tapes as standard. The USB charging port, however, isn’t offered in the Indonesian bike.

Other features like the two power modes, three-mode traction control system and high-specification underpinnings have remained unchanged. You can read more about the motorcycle in our comprehensive image gallery here. As far as rivals are concerned, its closest alternative is the Honda CBR250RR which starts from JPY 803,000, around Rs 5.61 lakh.

So with respect to the Honda CBR250RR’s pricing, the Kawasaki Ninja ZX-25R offers staggering value for money considering for just around Rs 15,000 more, you get two extra cylinders, a whole lot more power, not to mention top-spec underpinnings and electronics. What do you guys think?