Slated to be unveiled in April, this one-of-a-kind electric SUV concept is among the first all-electric lifestyle off-roaders 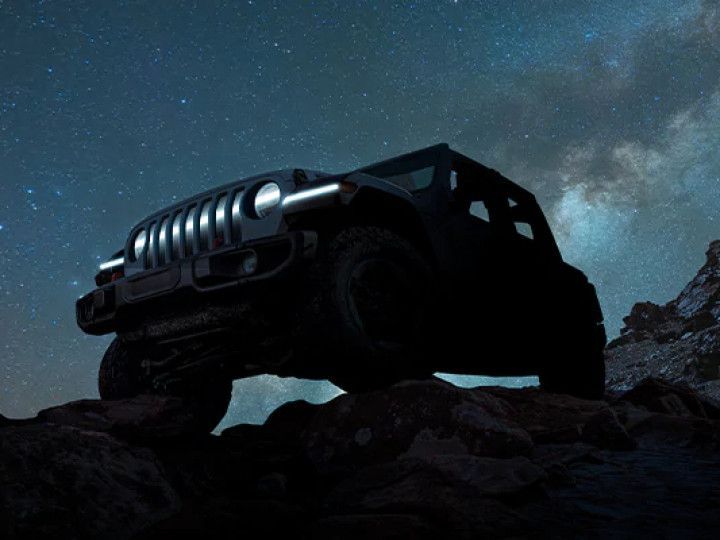 Have you ever pictured yourself driving around a whisper quiet forest with clean air? That was made possible thanks to the Jeep Wrangler 4xe with a hybrid powertrain. But when the electric motor runs out of juice, you have no other option, but to drive in petrol-only mode. All that is set to change with the just teased Jeep Wrangler Electric concept that promises to make your forest expeditions not only quieter but also cleaner.

Details are scarce at the moment, but based on the teaser images, we can say it’ll continue to be a body-on-frame SUV. In typical Jeep fashion, the Wrangler will drive all four wheels. The motor will draw power from not one, but three battery modules. So, driving range shouldn’t be an issue.

Even if you run out of juice in the wilderness, you can count on Jeep’s innovative charging solutions. The carmaker will be installing solar-powered chargers not only on the motorways, but also in popular off-road locations such as Moab in Utah and the Rubicon Trail in California.

In terms of design, the all-electric Wrangler will be plastered with blue (like the Wrangler hybrid) to denote it’s the cleaner SUV. The concept model can also be seen with different LED headlamps and a closed grille for distinction over its ICE counterpart. We are yet to have a peek at its interior, but it’s likely to be similar to the current model, save for the EV-specific instrument cluster.

The Jeep Wrangler Electric is one of its kind being one of the first off-road based electric SUVs in the world. The concept model will be revealed in April and the production-spec SUV should come later. It’s unlikely to arrive in India, but closer to home, Jeep will offer the locally assembled Wrangler later in 2022.