Apart from cosmetic updates, the engine has been massaged to develop 20Nm more than before 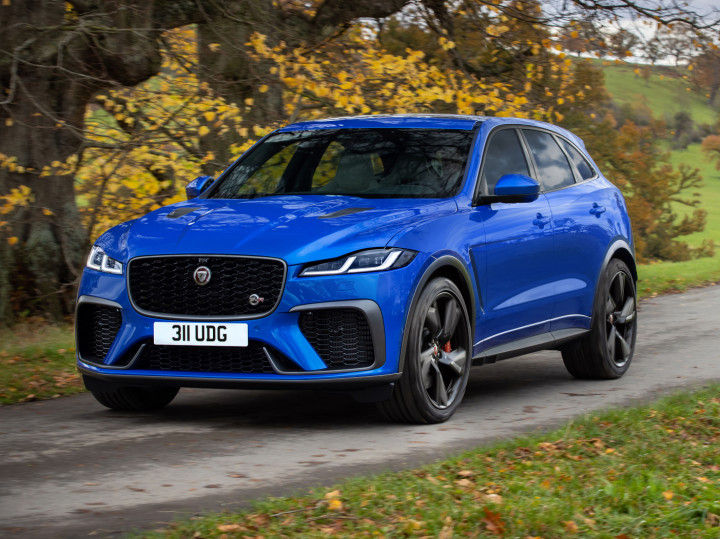 Jaguar has given the F-PACE SVR a midlife update. Apart from cosmetic updates, the folks at Jaguar’s Special Vehicle Racing division have tinkered with the supercharged V8, which is more torquier than before.

The F-PACE SVR continues to utilise Jaguar’s 5.0-litre supercharged V8 petrol engine and develops an identical 550PS, however, torque is up by 20Nm at 700Nm. The extra 20Nm makes its presence felt as the F-PACE SVR is now quicker. It does 0-100kmph in 4 seconds quicker, a tenths quicker, while top-speed is now rated at 286kmph, an increase of 3kmph. Power is sent to all four corners via a 8-speed automatic transmission.

A host of updates have been made underneath the skin as well. Starting with the brakes, it features a power booster, which allows for shorter brake pedal travel and stronger bite. The steering rack has also been tuned to quicker while the suspension damping has been stiffened up for better handling. It also features adaptive damping, meaning you can stiffen or soften the suspension based on your need. You also have four drive modes which alter various parameters: Comfort, Eco, Rain-Ice-Snow and Dynamic.

The F-PACE SVR’s design has also been through the knife to make it more aerodynamic. In fact, it’s more slippier now as the coefficient drag has been reduced from 0.37cD to 0.36cD. The bumper is now more aggressively styled while the bonnet is larger and has vents to feed cool air to the supercharged engine. Changes at the side are limited to new alloy wheels while the rear-end looks sharper thanks to the sleeker LED tail lamps and a revised bumper with quad exhausts.

The F-PACE SVR’s inside feature a comprehensive update with the main highlight being the presence of Jaguar’s new Pivi Pro 11.4-inch infotainment system. It's a connected unit and even supports online navigation and over the air updates.  Below it sit the new touch-based climate control knobs and a stubby gear lever. Sports front seats with SVR embossment also uplift the overall experience.

The F-PACE SVR has been listed on Jaguar’s India website for a while now, but there has been no update regarding its launch time. Considering the updated model has been revealed in Europe, we expect this version to come here rather than the pre-facelifted model. Prices for the new F-PACE start at £77,595 (Rs 76.70 lakh). Primary rivals are the Lamborghini Urus, Audi RSQ8, and the Porsche Cayenne Turbo.