Unfortunately, the EV will be limited to the Chinese market for now 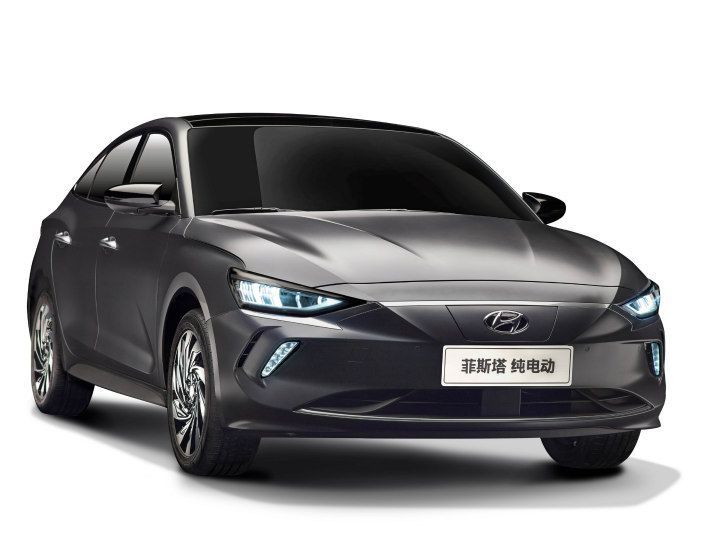 Hyundai Motor has had quite a busy week with 5 debuts at the 2019 LA Auto Show. Simultaneously, the carmaker has also made its presence felt at the 2019 Guangzhou International Automobile Exhibition in China. With China being a popular market for Electric Vehicles (EVs), Hyundai’s highlight was the unveiling of the Lafesta EV. As the name suggests, it is essentially an electrified version of the China-specific Lafesta sedan with various differences to its internal combustion engined (ICE) counterpart. The EV boasts around 203PS of power and a range of around 490km.

We already know the ICE Lafesta takes cues from the Elantra with identical  front-end and rear tail lamps. The Lafesta EV continues the carmaker’s ‘Sensuous Sportiness’ design with changes including a new grille, revised front and rear bumpers as well as a new set of 17-inch aluminium wheels.

The Lafesta EV is packed with a host of interior equipment such as a 7-inch TFT instrument cluster (TFT) cluster, a 10.25-inch LCD Audio-Video-Navigation (AVN) infotainment screen as well as a wirelessly controlled Shift-by-Wire electronic lever. Other features like a wireless cellphone charger, black metallic consoles and a voice-controlled panoramic sunroof make up the interiors.

Under the hood, it is powered by an electric motor producing 203PS and 310Nm of torque, juiced up by a 56.5kWh high-capacity All Electric Range lithium battery. This combination gives the electric sedan a range of up to 490km on a single charge.

Aside from the Lafesta EV, the carmaker also showcased other electric models such as the 45 Concept EV, the Veloster ETCR, Encino EV, Elantra Lingdong PHEV and the NEXO FCEV at the 2019 Auto Guangzhou. It is unlikely to make it to Indian shores or anywhere else since it will be a China-specific model only like its ICE sibling. It is slated to be available to customers by early 2020.