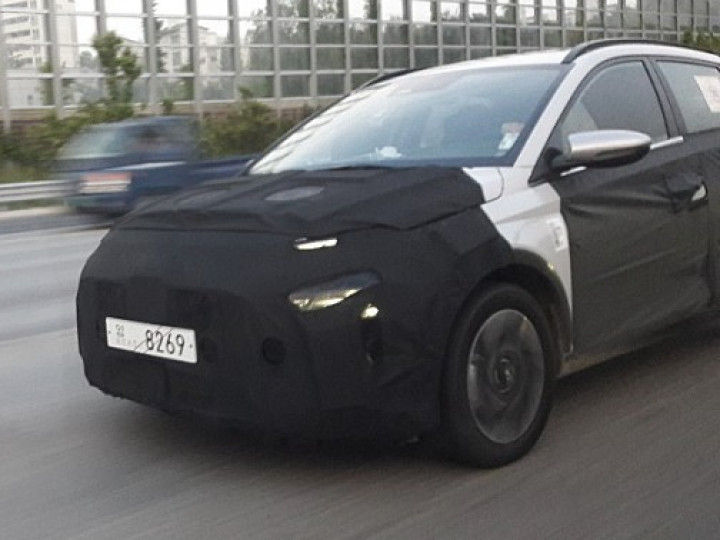 Hyundai, one of India’s largest car manufacturers, has products in almost all hotly contested segments in the country. However, there is one segment Hyundai is glaringly absent in: MPVs. Currently dominated by the Maruti Suzuki Ertiga, Toyota Innova Crysta and Kia Carnival, this was amongst the handful of segments that saw growth in 2020.

Now, though, Hyundai has begun work on an MPV which has been spotted testing in South Korea. The upcoming MPV could be launched in India to rival the Maruti Suzuki Ertiga as well as its more premium avatar, the XL6. So here’s a closer look at it:

The test mule seen here features a heavy dose of camouflage, revealing hardly any of its design details. A closer look reveals split LED headlamps and a large single-piece grille a la the 2020 Hyundai Creta. A sharply raked character line and dual-tone alloy wheels give the MPV a sporty stance. Other highlights include slim LED tail lamps.

The dashboard of the MPV was also under camo. That said, the four-spoke steering wheel bears resemblance to the Creta’s unit while the middle row comes with captain seats, suggesting that the MPV could be offered with various seating layouts.

Just like a typical Hyundai, expect the MPV to come loaded with features like connected car technology, a sunroof, Android Auto and Apple CarPlay, ventilated seats, a wireless phone charger and cruise control. On the safety front, it could come with up to six airbags, ABS with EBD, rear parking sensors and camera as well as electronic stability program.

Though Hyundai is yet to reveal powertrain options, we expect the MPV to utilise the 115PS 1.5-litre petrol and diesel engine options from the Creta. It could be offered with both manual and automatic transmission options. Top-spec variants could also come with Hyundai’s 140PS 1.4-litre turbo-petrol motor mated to a 7-speed DCT.

Expect Hyundai’s upcoming MPV to come with competitive pricing to take on the likes of the Maruti Suzuki Ertiga and XL6.