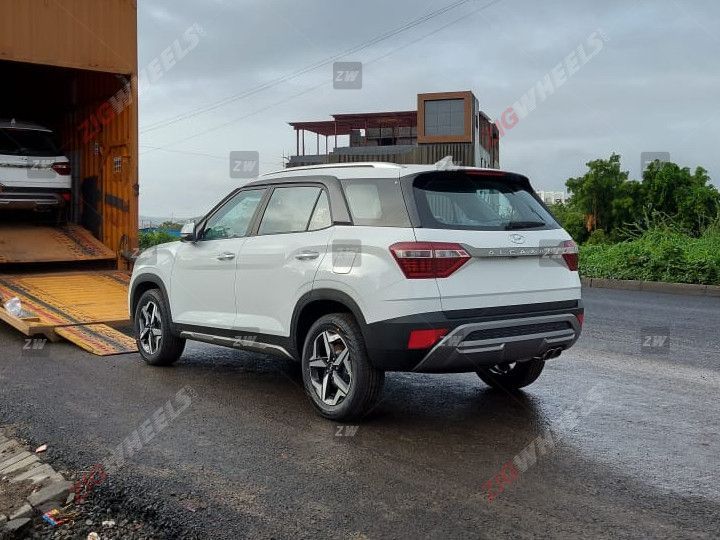 The Hyundai Alcazar has been spotted undisguised ahead of its launch on June 18. Official bookings are underway on the carmaker’s website and at your nearest dealership for a token of Rs 25,000. The upcoming SUV will be available in eight variants, including two dual-tone colour options of the top-spec Signature and Signature (O).

The Alcazar will come either as a 6-seater (with captain seats) or a 7-seater (with bench seats for middle-row occupants). The SUV is essentially an extended Creta, with a 150mm longer wheelbase. In fact, its 2,670mm wheelbase is longer than the Tata Safari and MG Hector Plus. This should result in a spacious second row, which gets amenities like seat-back trays, sunshades, and a wireless phone charger (in the 6-seater).

Passenger safety will be secured by multiple airbags, ABS with EBD, parking sensors with a camera, electronic stability control, and tyre pressure monitoring.

The Alcazar will come with two engine options: a 159PS 2-litre petrol and a 115PS 1.5-litre diesel. Both units drive the front wheels via a 6-speed manual and an optional 6-speed torque converter automatic.

For a more detailed report on the Alcazar’s design, click here. The SUV will likely be priced from Rs 13 lakh, putting it in the same league as the Tata Safari, MG Hector Plus, and the upcoming Mahindra XUV700.