Honda To Introduce Bluetooth Connectivity For Its Two-wheelers

A much needed update for Honda’s lauded commuters 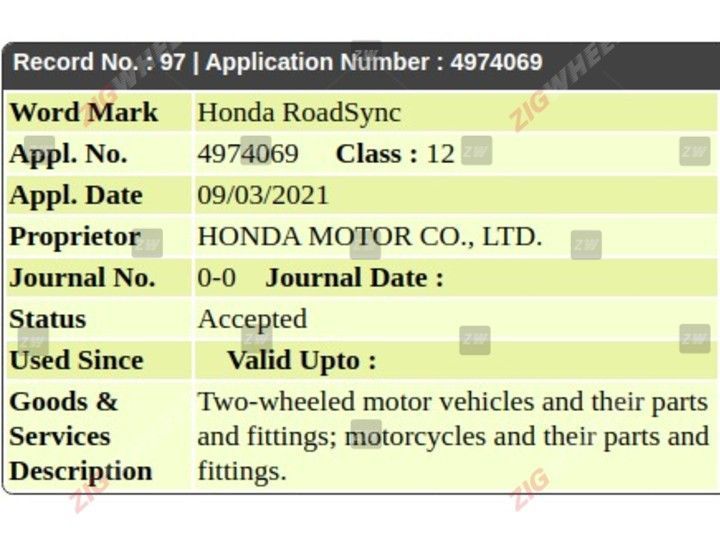 Honda has filed a new trademark in India under the name “Honda RoadSync”. It applies to two-wheelers and their fittings, meaning it’s probably another one of Honda’s crucial updates.

What Could It Be?

In its international offerings like the X-ADV, the CB1000R, and the Forza 750, the RoadSync is Honda’s app that works in conjunction with its voice control system. It is offered as standard on the aforementioned offerings and as an accessory on the Forza 350. This system is also present on the H’Ness CB350 but requires an additional headset.

However, we think the trademark filed here is Honda’s more affordable moniker for turn-by-turn navigation via Bluetooth connectivity suitable for its two-wheelers featuring semi-digital and fully-digital instrument clusters like the Activa 125, Grazia, Hornet 2.0, and the X-Blade. Honda could limit this to only 125cc and above offerings since smaller Honda two-wheelers like the Activa 6G, feature analogue instrumentation at the moment.

There are two ways Honda could go from here. Either, it could introduce new variants of the above-mentioned offerings with updated instrument clusters, similar to what Suzuki India did with its scooters, or it could go the Hero MotoCorp way by introducing the feature as an optional extra.

Why Is It Important?

You see, in the commuter segment, Honda faces fierce competition from TVS, Hero MotoCorp, and Suzuki, all of which have stepped into the Bluetooth world. This has made the Honda offerings seem dated in turn, decreasing their value-for-money prospect. Introducing Bluetooth features to its frontrunners like the Activa 125 would bring Honda back to its A-game, thus bumping up sales.

Since Honda has already filed the trademark and it’s been accepted, an official word could be coming from the company very soon. The features could come at an extra cost of about Rs 5,000 over the non-Bluetooth versions. 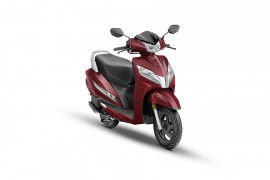