Honda HR-V Spied In India Yet Again; Could Launch This Festive Season 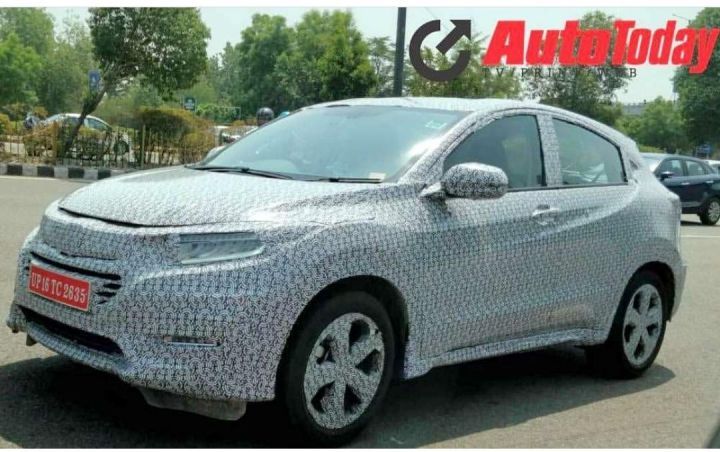 The Honda BR-V is a product that hasn’t reaped numbers for Honda India. Part of the reason is the fact that it rather looks like a more stylish MPV. Honda is now set to launch the more SUV-ish HR-V to take on the likes of the Hyundai Creta, Renault Captur, Nissan Kicks and the highly anticipated Kia Seltos. The HR-V has been spied again as it inches closer to its launch date sometime before the upcoming festive season. Here’s everything that you should know about it:

The Honda HR-V is expected to garner positive first impressions thanks to its SUV-ish stance - this could automatically make it more appealing than the MPV-like BR-V. Honda’s signature chrome ‘Solid Wing Face’ grille and all-LED headlamps will be present on the HR-V for that added premium look. Spy shots show the test units are fitted with sleek LED fog lamps too. In profile, the HR-V has two sharp creases for that sculpted look, while the flared wheel-arches and 5-spoke alloy wheels give it some much needed muscle. The HR-V’s rear door handles are placed behind the window, effectively hiding them and giving the compact-SUV a two-door feel. At the back, the WR-V gets a split tail lamp setup.

While the interior of the Indian-spec HR-V hasn’t been spied yet, expect it to closely resemble its international version.

The HR-V is present in the highly competitive compact SUV segment and is expected to be loaded with features like a touchscreen infotainment system with Android Auto and Apple CarPlay, Honda LaneWatch camera a la Civic, a sunroof, auto headlamps, rain-sensing wipers, climate control as well as cruise control.

While the international-spec HR-V comes with 1.8-litre petrol and 1.6-litre diesel engines, Honda India might plonk the smaller 1.5-litre units from the City in it to keep costs in check. The i-VTEC unit produces 118PS and 145Nm while the i-DTEC unit churns out 100PS and 200Nm. Transmission options are also expected to be carried over from the City.

The Honda HR-V is expected to be priced from Rs 10 lakh to Rs 16 lakh (ex-showroom) and will take on the likes of the Hyundai Creta, Renault Captur, Nissan Kicks and the upcoming Kia Seltos. Stay tuned to ZigWheels for further updates on the HR-V.