Upcoming Honda SH350i Gets Looks That Can Kill 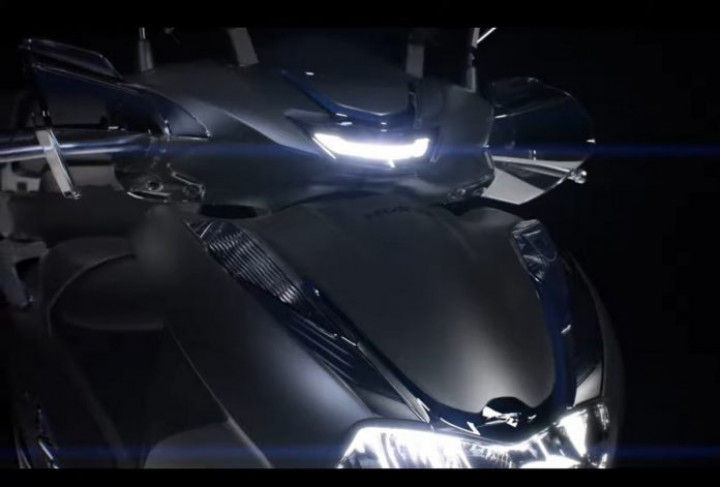 Honda Europe has sent out a teaser video of its upcoming sporty scooter, the 2021 Honda SH350i. As the name suggests, its powerplant is likely to be derived from the recently launched Honda Forza 350. But the changes don’t stop with that. As you can see from the teaser, its design is set to get a lot sportier.

While the previous generation version, the Honda SH300i, looks quite commuter-ish, Honda has turned things around in the SH350i. The front apron looks a lot sharper than before with an apron-mounted LED headlamp. There’s an LED DRL on the handlebar cowl too. Like its predecessor, this one too features a tall windscreen but it looks like the windshield is complemented by deflectors on the handlebars. It also appears to have a large top box at the rear for an extra dose of practicality. The semi-digital instrument cluster in its predecessor has been replaced by an all-digital, split-type unit, which shows all the crucial details including time, battery voltage and ambient temperature.

As mentioned before, the Honda SH350i could be powered by a derivation of the Honda Forza 350’s 329.6cc single-cylinder liquid-cooled Euro 5/ BS6-compliant motor. In the Forza, it churns out 29.2PS at 7500rpm and 31.5Nm at 5250rpm. Expect the powerplant to be tweaked slightly to suit the SH350i’s demeanour. Like the Forza, this one is also expected to get traction control.

The underpinnings such as telescopic front fork, twin rear shock absorbers, large 16-inch alloy wheels, and 256mm disc brakes on both ends could be carried over from the SH300i. Honda will unveil the new model on November 10. It is expected to be priced at around GBP 5,500 (approximately Rs 5.27 lakh), making it around Rs 52,000 dearer than its predecessor. Stay tuned for more updates!