Honda CR-V Gets A Facelift Via A Special Edition This Diwali For Rs 29.50 Lakh

It costs Rs 1.23 lakh more than the standard model and gets a host of new features and design updates 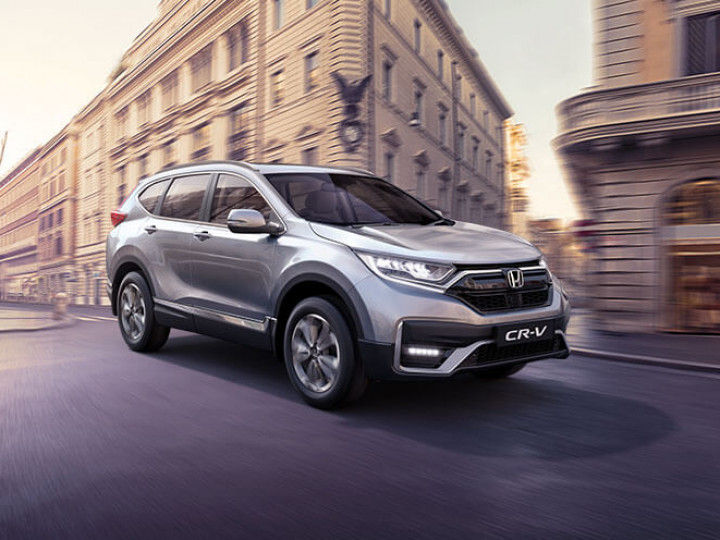 Honda Cars India has launched the facelifted CR-V as a special edition model at Rs 29.50 lakh. It’s likely to be offered in limited numbers. Bookings are officially open and you can reserve one at your closest Honda dealership or via the online booking portal.

The CR-V Special Edition commands a Rs 1.23 lakh premium over the base variant. But for the extra dough, you get to brag about the special edition’s exclusivity and additional features.

Most of the design updates are at the front. The large chrome moustache grille has thankfully been traded in for a gloss black grille that merges on to the LED headlamps, which now get a cornering function. The new bumpers look sportier and come with a pair of LED fog lamps. Except for the new 18-inch alloy wheels, the side profile remains similar to the current model. These new additions have made the CR-V slightly longer.

The Honda CR-V Special Edition’s interior is similar to the standard model. But it comes with additional features such as cornering lamps, front parking sensors, powered co-driver’s seat, auto opening and closing of ORVMs, and a powered tailgate.

It’s powered by the standard model’s 154PS/189Nm 2.0-litre petrol engine and can be had only with a CVT. It has a claimed fuel efficiency of 14.4kmpl. Five shades are on offer: red, brown, white, silver and grey.

While the CR-V Special Edition might be available in limited numbers, the design updates are likely to be passed on to the standard model as it has been on sale since 2018. It rivals the Hyundai Tucson, Volkswagen Tiguan Allspace, and Skoda Kodiaq TSI.