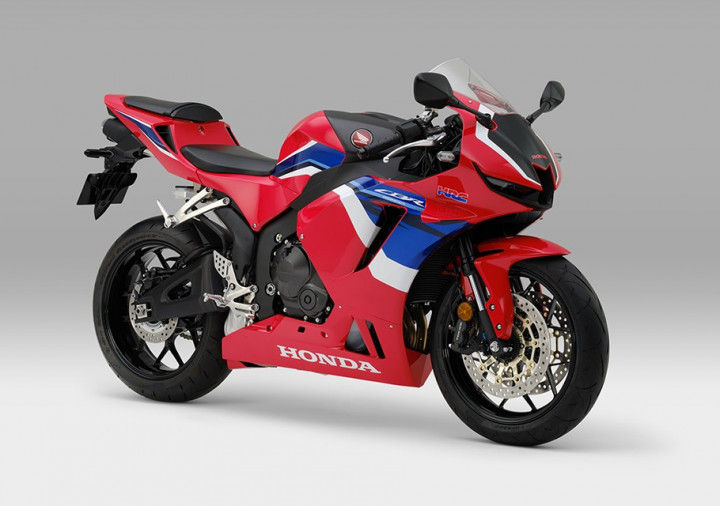 After a brief hiatus of three years, Honda is set to re-enter the 600cc supersport category with a brand new 2020 CBR600RR. The all-new motorcycle was teased last week and here’s what we can expect from the upcoming bike:

When can we get to see it officially?

The all-new Honda CBR600RR is set to be unveiled globally on August 21. The motorcycle is likely to be launched in Japan first, followed by select international markets later. In the Japanese market, the litre-class Honda CBR1000RR-R Fireblade starts from JPY 2,420,000 (around Rs 17.13lakh) whereas the Honda CBR650R retails at JPY 1,056,000 (about Rs 7.47 lakh). So expect the CBR600RR to slot in between these two bikes, presumably at an equivalent of around Rs 11 lakh to Rs 12 lakh (ex-showroom).

Honda has revealed that the upcoming motorcycle will be powered by a 599cc in-line four-cylinder DOHC liquid-cooled motor. The teaser video shows a glimpse of its redline at 15,000rpm, suggesting it’s a properly high-revving unit. Expect it to produce around 120-130PS of power. To give you a perspective, the previous-gen bike made 114.5PS of power and 66Nm of torque.

Being a motorcycle that’s designed for maximum performance, expect the engine to be reined in by a plethora of electronics like traction control and ride-by-wire with multiple riding modes. We can even expect it to come with a bi-directional quickshifter and cornering ABS, perhaps in a higher-end variant.

The Honda CBR600RR seems to feature a sophisticated suspension to suit its performance genes. Up front, it appears to use a Showa adjustable inverted fork while the rear monoshock could also feature some form of adjustability. Braking duties are handled by what looks like dual 320mm discs grabbed by Tokico radial calipers up front and a disc with a single-piston caliper at the rear. For optimum grip, the motorcycle rides on Dunlop Sportmax Roadsport 2 tyres.

The overall design theme of the all-new Honda CBR600RR appears to be heavily inspired by the bigger-engined Honda CBR1000RR-R Fireblade. The middleweight supersport features angular LED headlamps and a ram-air intake in between. The indicator positioning seems to be a little odd as it is mounted just behind the headlamp instead of being integrated into the headlamp cowl or being lower down the fairing.

The motorcycle also gets MotoGP-inspired winglets on the fairing to keep the bike planted at high speeds. While the design up front is refreshingly new, Honda has chosen to keep the trademark underseat exhaust design at the rear. The rider and pillion seat seem to be reasonably roomy too. Keeping up with the current trends, Honda has equipped the motorcycle with a full colour TFT instrument cluster, which we suppose will be smartphone compatible too.

All in all, the new 2020 Honda CBR600RR seems to be a promising alternative to the Kawasaki Ninja ZX-6R and the Yamaha YZF-R6. The 600cc supersport category is currently undergoing a resurgence thanks to the ever-escalating price points of litre-class supersports. The all-new CBR600RR could be the perfect bike to help Honda ride the trend successfully. Stay tuned for more details.