What does an 80’s classic Honda look like with the latest tech onboard? 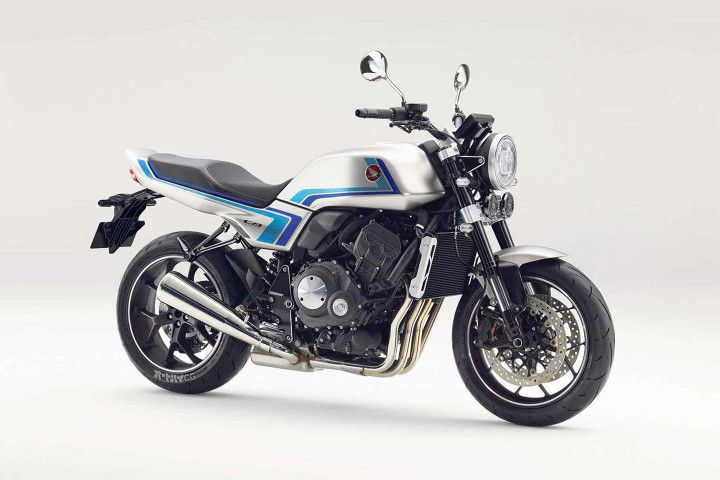 Back in March 2020, Honda unveiled the CB-F concept during the virtual Tokyo Motorcycle show. The main inspiration behind the CB-F was the legendary CB900F Bol d’Or, but under that retro skin, the bike is based on the modern-day CB1000R - and that includes the engine and the electronics package which makes the CB1000R so great to ride. Now, we’ve got a rendering of what a production version of the CB-F would look like, and boy does it get our motor running! Of course, going with Honda’s naming schemes, if the CB-F does make it to production, it’ll likely be called the CB1000F.

The retro F features a liquid-cooled, four-cylinder, DOHC motor, mated to a 6-speed gearbox. In the CB1000R this makes about 145PS at 10,500rpm and 104Nm at 8,250rpm. Honda hasn’t said whether the F will carry forward the same engine specs or not. But we believe that Big Red might detune this motor a little in its F guise to fit well with the bike’s charming retro aesthetic.

The concept also featured underpinnings similar to those of the CB1000R: a steel spine chassis, single-sided aluminium swingarm and an adjustable fork. The Honda CB1000F will also feature a 310mm dual-disc setup at the front with a 256mm single-disc at the rear. Dual-channel ABS will be standard. If launched, the Honda CB1000F will rival the Kawasaki Z900RS.

Now Honda already has a couple of retro bikes in their current lineup - the air-cooled CB1100 and liquid-cooled CB1300 - although both of these bikes are available in the Japanese market (and some Asian markets) only. The more modern, neo-retro CB1000R, which is based on the legendary CBR1000RR, on the other hand, is sold in most of Honda’s international markets.

Introducing the CB1000R-based CB1000F will allow Honda to place a retro motorcycle that’s properly Euro 5 compliant and gets modern-day goodies in the European market. When the F goes into production, it will also likely mean that Honda would discontinue the CB1100 and CB1300, as it doesn’t help to have three retro motorcycles built on three different platforms in their portfolio. Most likely, the CB1000F would be the company’s solitary litre-class retro motorcycle going forward.

As for the Indian market, does it make sense for Honda to have both the CB1000R and the CB1000F?