The Honda Africa Twin is the highest displacement bike from the Japanese two-wheeler giant to be assembled in India and has been priced at Rs 12.90 lakh (ex-showroom, Delhi) 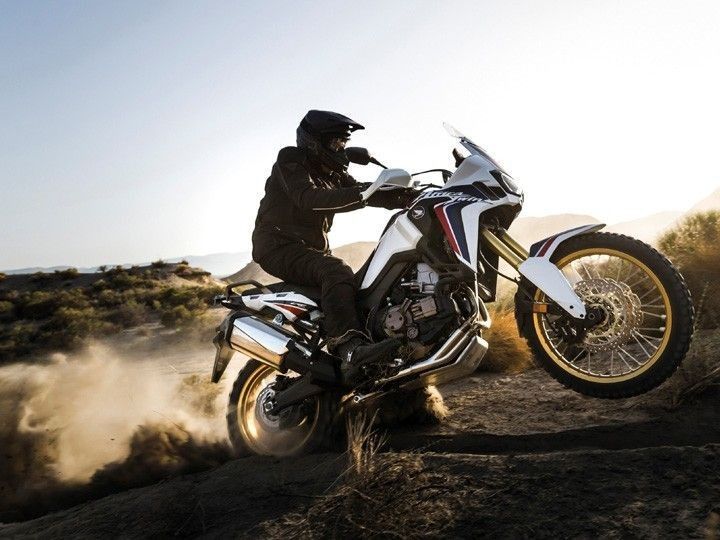 Adventure touring enthusiasts rejoice! The Honda Africa Twin or Honda CRF 1000L has been launched in India at Rs 12.90 lakh (ex-showroom, Delhi). Bookings for the new Honda bike have started and only 50 units will be available in the first lot. The new adventure bike from Honda has been brought to India via the CKD route and is the largest capacity bike from the Japanese two-wheeler giant to be assembled in the country. The bike was first showcased to the Indian audience at the 2016 Auto Expo where it did manage to grab many eyeballs. At the show, Honda had also announced that it will be only offered with a DCT gearbox in India. The Dual Clutch Transmission (DCT) gives the rider option of manual and automatic gear shifting based on the varying conditions.

The bike is powered by a 998cc parallel-twin motor that produces 88.3PS of max power which is made available at 7,500rpm and 91.9Nm of peak torque arrives at 6,000rpm. Talking about electronic goodies, the Africa Twin has been equipped with ABS and three-stage traction control. Both the systems can be turned off completely, but the ABS can only be fully deactivated for the rear wheel only. The bike is equipped with 45mm dia USD forks at the front that are fully adjustable with 230mm of travel. The rear monoshock is also fully adjustable for damping, rebound and preload and suspension travel is a massive 228mm. The bike features dual LED head lights and ground clearance stands at an enormous 250mm. The bike will also come with a height adjustable seat with the standard height being 870mm (can be reduced to 850mm) which is quite tall for Indian riders. The new Honda Africa Twin will rival adventure bikes like the Triumph Tiger, Suzuki V-Strom and the upcoming Ducati Multistrada 950. The bike will be offered in only one shade of "New Victory Red" and the Africa Twin will be on sale in 22 cities and 24 Honda dealerships across India.