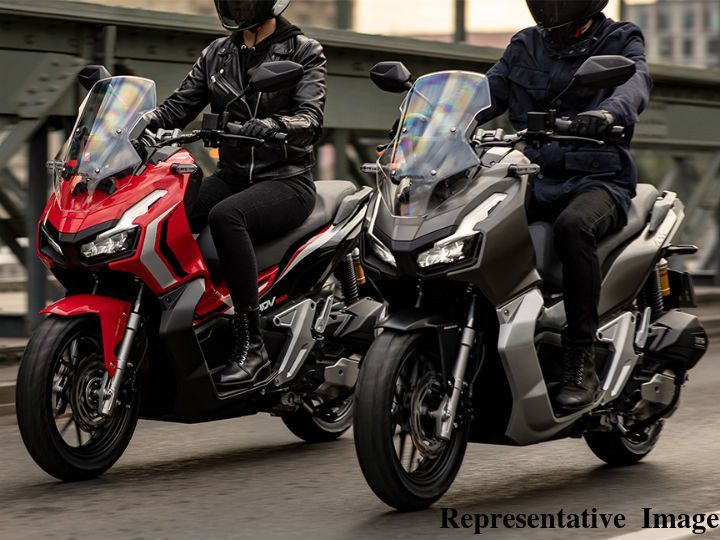 Honda had recently launched the ADV 150, its first small-capacity adventure scooter based on the bigger X-ADV, in Indonesia. The scooter has received such a good response that the production capacity is now as high as 10,000 units per month! Now, rumours are rife in the interwebs that Honda is working on the ADV 300, which is likely to be for European and North American markets. It is also said that the Japanese brand is working on a 250cc iteration as well, possibly for the southeast Asian markets.

It appears that Honda is trying to capitalise on this newfound adventure scooter segment and attract a wider range of audience with the planned scooters. As per reports online, the ADV 300 could have its powertrain based on the Forza 300. It isn’t surprising as the Forza 300 is already sold in the European markets and it would be easy for Honda to borrow certain components and use them in the new scooter.

In the Forza 300, the 279cc single-cylinder liquid-cooled engine puts out 25.1PS at 7000rpm and 27.2Nm at 5750rpm. Expect this engine to be tuned with more bias towards bottom-end grunt for easier off-roading. While the Forza 300 comes with Honda Torque Select Control, which is Honda lingo for traction control, expect the system to be tuned accordingly for soft-roading in the ADV 300.

On the other hand, the Honda ADV 250 could be based on the 250cc Forza, which Honda sells in the Indonesian market. The two scooters’ design language is expected to be derived from the ADV 150 and the X-ADV. As far as the underpinnings are concerned, it is likely that they will be shared with the ADV 150. This includes telescopic fork and twin gas-charged shock absorbers, alloy wheels with tubeless dual-purpose tyres and disc brake on both ends with ABS. Expect Honda to unveil the scooters either at this year’s Tokyo Motor Show or EICMA. Stay tuned for more updates!