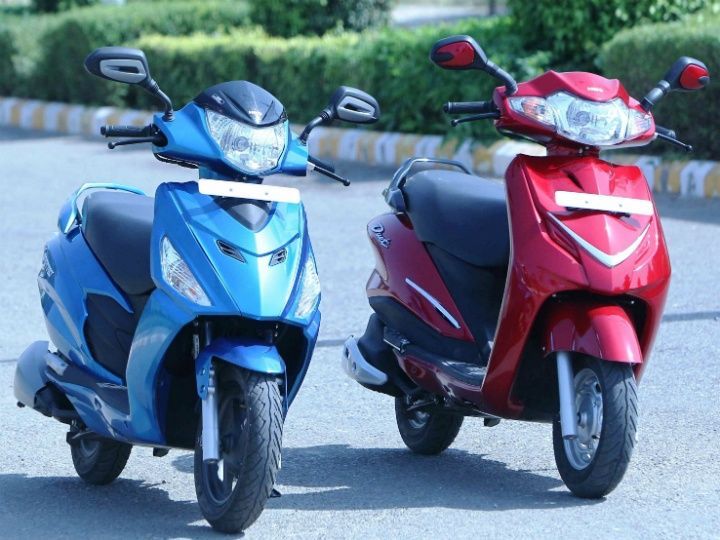 Hero MotoCorp Limited is achieving the highest sales figures time after time. The two-wheeler manufacturer has reported sales of 639,802 units for the month of October 2015 with a growth rate of 11.25 per cent to 575,056 units sold last year in October,2014. The company has surpassed 1 lakh sale units in the domestic scooter segment by achieving 108,000 units in a month, increasing the sale growth rate by 74.6 per cent over the corresponding month in 2014. With this increase of sale figures Hero MotoCorp has been able to increase their market domination in the scooter segment from 13 per cent in September to 20 per cent by the end of October.

Hero MotoCorp's outstanding success is mainly due to the launch of its recently facelifted scooter range - Maestro and Pleasure. Moreover, the launch of two new scooters, Maestro Edge and Duet, have also contributed to this factor. The HMCL motorcycle segment coupled with its 52 per cent share along with the success of the scooter segment has been able to provide the company with a strong leadership hold amongst its rivals in the two-wheeler Indian market.
Hero MotoCorp Limited has made reports of highest sales figures in the past. On multiple occasions HMCL has been able to sell above 6 Lakh units on monthly sales. The previous time when Hero MotorCorp had rung bells with the highest sales figures was on four occasions - September 2015 selling 606,744 units, September 2014 selling 604,052 units, May 2014 selling 602,481 units and October 2013 selling 625,420units.