The popular motorcycle, which was discontinued last year for failing to meet new emission norms, makes a comeback with a starting price of Rs 1.08 lakh 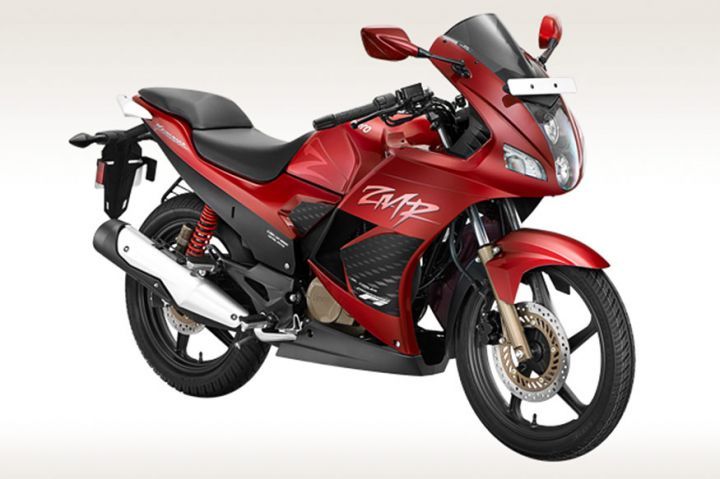 Hero MotoCorp has re-launched its flagship offering, the Karizma ZMR, with a price tag of Rs 1.08 lakh for the standard variant and Rs 1.10 lakh (both prices, ex-showroom Delhi) for the dual-tone model.

The bike was discontinued in April last year for failing to meet BSIV emission norms. However, the manufacturer continued to produce it for export markets. Although Hero did eventually update the motorcycle with a BSIV-compliant engine, it was only available on a per-order basis. However, the company has decided to re-enlist the motorcycle back into its portfolio as it believes the Karizma nameplate still has a loyal fan following across the country.

So what's changed? Apart from the new BSIV-compliant engine and a new colour scheme, everything remains the same. It still continues to sport the same oddball styling of the updated model which was launched in 2014. This includes the same fully faired bodywork, clip-on handlebars and the split seat.

The 2018 Karizma ZMR continues to be powered by the same 223cc air-cooled, single-cylinder engine, which is good for 20PS of power and 19.7Nm of torque, mated to a 5-speed gearbox. This also makes it the most powerful bike in the manufacturer’s lineup, second only to the recently-launched Xtreme 200R.

The suspension setup consists of conventional telescopic forks at the front and twin rear shock absorbers, while braking is handled by disc brakes at both end. Sadly, there’s still no ABS on offer.

The Hero Karizma was all the rage when it was first launched in 2003. Since then, it has managed to create a cult following. However, it does feel a bit outdated, especially when you look at the technological advancement its competitors - the Bajaj Pulsar RS 200 and the Yamaha Fazer 25 - have received. Both the Bajaj and the Yamaha are priced competitively too at Rs 1.26 lakh and 1.29 lakh (both, ex-showroom Delhi), respectively. As a result, it may not be plain sailing for the Hero Karizma ZMR this time around.