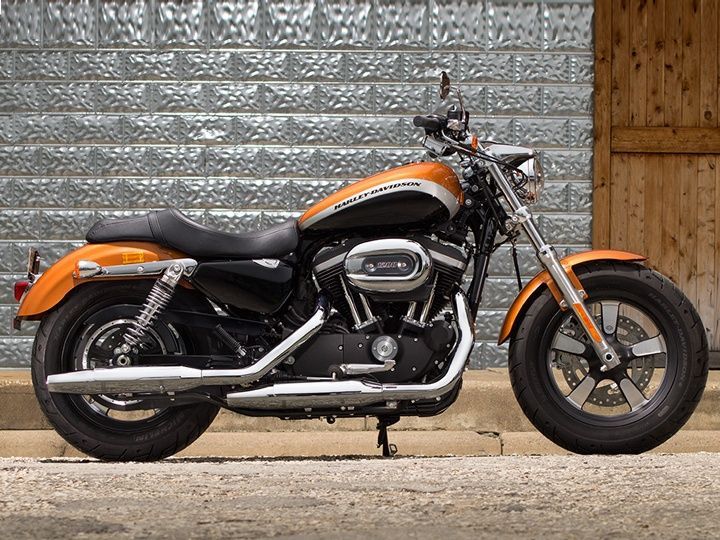 Harley-Davidson is all-set to expand its Indian portfolio. The American bikemaker has invited us to ride its new product in Jodhpur on January 28th but refused to divulge any further information regarding the mystery bike. But according to our sources the new bike in question is the Harley-Davidson Sportster 1200 Custom. The American bikemaker had recently removed the Sportster 883 from the Indian market and the new motorcycle is the replacement for the above. Service personals at the dealership are currently undergoing training for the new motorcycle with the first lot of motorcycles expected to be delivered by early February. The Sportster 1200 Custom will be the third motorcycle under the Sportster range for the Indian motorcycle market after the Harley-Davidson Forty-Eight and Iron 883.  The styling of the motorcycle is typical to an American cruiser with dollops of chrome and the design influence of the Sportster 883 can be easily seen albeit the proportion of the bike being understandably larger.

Powering the Harley-Davidson Sportster 1200 Custom is the same 1,200cc displacement V-twin powerplant as seen on the Forty-Eight. The air-cooled motor churns out 96Nm of peak torque at just 3,750rpm. Power is transmitted to the rear-wheel via a 5-speed gearbox. Braking is done by disc brakes on both the ends while ABS is standard. The Harley-Davidson Sportster 1200 Custom will be locally assembled and we expect the motorcycle to carry a sticker price of around Rs 9 to 10 lakh ex-showroom Delhi. The Sportster 1200 will compete against the Indian Scout in our two-wheeler market.