Harley’s Bronx Is A Bareknuckled “Street-Fighter” 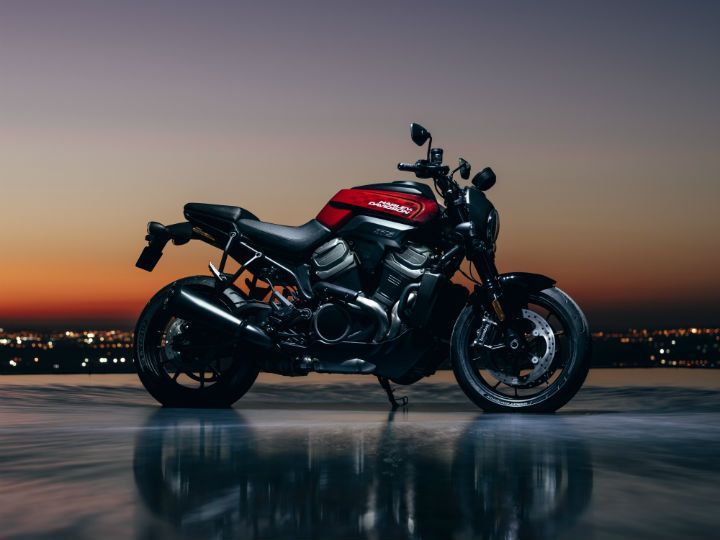 Along with the radically wild-looking Pan America, Harley also showcased the Bronx streetfighter at the 2019 EICMA. If you’re wondering why Harley, a manufacturer that made its bones the cruiser genre, has come up with a streetfighter, you should read this. This isn't the first time Harley has dabbled in the naked/ muscle segment. If you can recall, the bikemaker used to sell the XR1200 a little over a decade ago. And the Bronx looks like Harley's second coming at this kind of genre.

According to Harley, the engine's performance target is over 116PS and 95Nm. The American bikemaker says the engine’s profile is narrow and is used as a stressed member in the frame to enhance the centre of gravity and handling. It also states that the engine has a broad powerband leading to a healthy dose of high-rpm power. Interestingly, the bike gets a belt drive whereas the Pan America ADV comes with a chain final drive. Though Harley hasn’t revealed anything more about the powertrain, expect it to have a good list of electronic aids to keep the rubber side down.

As far as the underpinnings are concerned, Harley says it has teamed up with Brembo to develop a pair of monoblock calipers (acting on the dual front discs) specifically for the motorcycle. It has also gotten the help of Michelin to develop co-branded tyres for the motorcycle. The Bronx employs what looks like separate function inverted fork up front and a monoshock at the rear, which is likely to offer preload adjustability.

Harley has also shown us a glimpse of the cockpit and the image reveals quite a few details about what the bike could pack. You can see the buttons for cruise control, heated grips and menu controls for the TFT screen as well. Going with the current trend of making instrument clusters 'smart', expect Harley to offer smartphone compatibility in this motorcycle's instrument cluster as well. It won't be a touchscreen unit but that isn't a big deal in a bike such as this anyway.

Harley-Davidson says it plans to launch the bike abroad in late-2020. So, expect the American bikemaker to launch it in India in 2021, likely at around Rs 12 lakh (ex-showroom).

The XR1200 had a reputation for being one of the wildest Harleys of its time, attracting a lot of (younger) riders who weren't particularly looking at cruisers but still desired something more agile with a brawler-like attitude. The Bronx emulates pretty much the same. In terms of its demeanour, it is more along the lines of muscular naked bikes such as the Triumph Speed Triple, Yamaha MT-01, Kawasaki Z900 and even the Ducati Scrambler 1100 in a way (read beefy V-twin). It may not be as flickable as the Street Triple or the KTM 790 Duke but it promises to be torquey, performance-packed and reasonably versatile. Basically, it's a Harley that's capable of doing a lot of things you'd not generally associate with cruisers.