Ford Mustang’s Legacy: The Things That Made A Hero

After being in existence for more than 50 years in America, the Mustang has finally landed in India like rest of the world 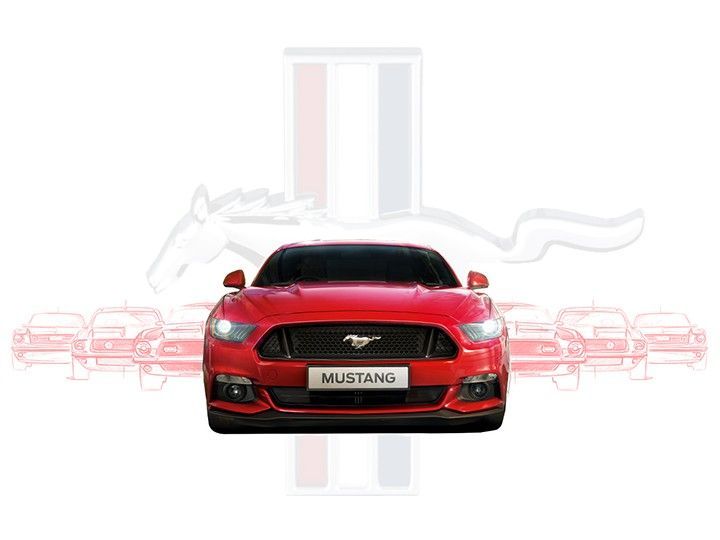 Only a handful of car nameplates have survived more than 50 years of being in existence. The reason being, not every car is able to maintain its charm through such a long time span. Firstly, the updates that a particular car gets can determine its future. But, the thing with updates is that they are not always good. Secondly, as there are huge costs and risks involved in the development of an update, a lot of manufacturers decide to junk the old car and come up with an entirely new model instead. Beyond such obstacles (and many others) is a car that emerges a hero and leaves a legacy behind. And the Mustang is one such car. Yes, the car is finally here in the country, but what makes it a true hero? In this article, we list a few milestones that have played a role in making this car what it is today.

Like every other car, the Mustang too was a concept at first -- in 1962, to be precise. And, as is the case with every concept-to-production transition, the road-going car was nowhere close to the concept, since the concept had the engine behind the passenger cabin and was made using aluminium. The production version, on the other hand, had the engine on the front and a 2+2 seat layout, the way we know it today. Two years after the concept was revealed, Ford came out with the production Mustang that took the American motoring scene by storm. The car was nothing like what the world had seen before, and only a few could have thought that the car was destined to stay for very long.

The Mustang ushered in a new era of muscle cars and introduced the ‘pony car' segment -- something that is defined by a long hood, a fastback roofline and a short tail. Soon, other carmakers followed and Chevrolet introduced the Camaro, whereas other American manufacturers such Dodge, Chrysler and Pontiac brought in their versions of pony cars. Yes, they too were great and were cars that were widely praised, but nothing as famous as the Mustang. Chances are that you might have even heard these names for the first time, except for the Mustang and the Camaro, of course.

To give you an idea of the Mustang's popularity, Ford sold more than 1,20,000 units of it in the first year. This number kept rising till it shattered its own previous record in 1966 by registering sales of a whopping 6,07,568-units! The car has maintained good sales throughout its career, though it did suffer serious competition from Chevrolet Camaro at times.

Well, I know Mustang racing is a bit weird, as the road going car was made to handle better on a straight road (because? America!) and not on the curves, but the Mustang did that too. In 1965, Carroll Shelby, whose name one of the versions of the Mustang still proudly carries, took the newly launched fastback -- the Shelby GT350 -- and turned it into a GT 350 R. The car won five titles in the Sports Car Club of America (SCCA) out of six in 1965 alone. Now, the win wasn’t a great deal for the world, but it further cemented Mustang’s appeal in America and made the car even more popular in the country.

The race-tuned Mustangs kept participating in American racing championships and won a good number of times, throughout its lifespan, with the latest being in 2012, when the car won the Continental Tire Sports Car Challenge in the Daytona International Speedway.

Every hero experiences a dark phase in his/her life. The Mustang, however, didn’t have one in terms of sales, but in terms design. The classic Mustang design went downhill in the period between 1975 and 1992. The car's design around this time was largely dominated by straight lines and a square-ish setup, which made the Mustang an eyesore. The image below is an example, it didn't even have the galloping horse logo on it, but notice the '5.0' badge is still there on the side.

However, people still praised the low-cost performance it offered and were unable to shake off the strong, positive impact that Mustangs of the classic era had left on them. This helped the car maintain decent sales in these times.

As stated in the infographic, Ford ditched the idea of a forward-wheel--drive and kept the core mechanical credentials of this pony -- front engined, rear-wheel-drive. But now, the car needed an upgrade -- and the fourth-generation (1994) Mustang was born. The car wasn’t as stylish as the current Mustang is, but it brought back the sloping roofline of the classic Mustangs. It was also very modern and featured active safety features such as ABS, EBD, etc. This played a huge role in paving the path for the upcoming Mustangs.

The next update, also my favourite design, came in 2005 with the fifth-generation Mustang. The car’s design was based on the Mustangs of the late '60s, with elements like a snout-like front grille, back-set headlamps, a muscular hood and a quarter glass panel behind the window. However, like every other Mustang, it too required special skills to control if things got a little twitchy at the rear end. This was because of the solid rear axle. What’s that? Basically, it's the same huge differential you see at the back of a load-carrying truck, just a little smaller in size in the Mustang.

The fifth-gen car was in dire need of a rear independent suspension system, but Ford only introduced it in the current generation car. It wasn’t the only notable update, though, as Ford decided to make the car globally available and for the first time in a right-hand-drive avatar, which made it eligible for India as well. And voila! It’s here! The new car has impressed drivers across the world with its handling credentials over the fifth-gen car. In Germany, the Mustang was the highest-selling sports car for a month. Perhaps it could repeat the feat in India. After all, who wouldn’t love horsepower when it is available at such a low price (comparatively)?

Now that the car is available in India, we hope it keeps astonishing us for many years to come. And, who knows, the Mustang could even motivate other manufacturers to bring in their sports cars at competitive rates!