While it is a decent step in performance, it does come at the cost of range 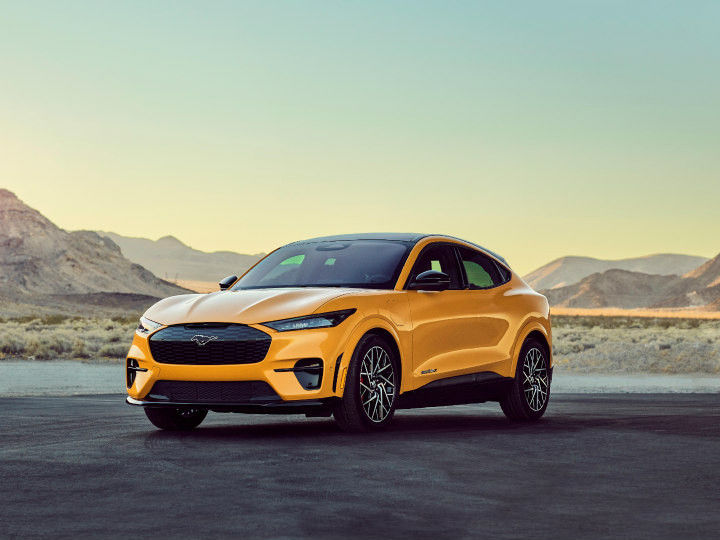 When Ford debuted the Mach-E electric SUV back in November 2019, it broke a long-standing tradition for the Mustang moniker by adding an SUV in the lineup. It also marked Ford’s foray into the mainstream EV market. It is offered in five variants: Select, California Route 1, Premium, First Edition and GT. And now Ford’s brought in a new range-topping GT Performance Edition. And as the name suggests, it's spicier than before.

Let's get down to the main upgrade, and that’s under the hood. While the Mach-E GT Performance Edition delivers the same 480PS of grunt as the standard GT, it is torquier by 46Nm at 860Nm. All this combined with all-wheel drive enables the performance-focused Mach-E to go from 0-96kmph in 3.5 seconds. That’s two tenths of a second quicker than the standard GT.

That said, this performance boost comes at a cost of electric range as the GT Electric SUV Performance Edition offers 378km of range compared to 402km in the regular GT despite sharing the 88kWh battery pack.

Aside from powertrain performance, Ford has also slapped on 19-inch front brakes with red Brembo calipers, a bespoke set of 20-inch wheels finished in Ebony Black with Pirelli summer tires wrapped around them. You also get Ford’s MagneRide dampers for better handling prowess.

There are upto eight body shade options available for the Ford Mustang Mach-E GT Performance Edition. But it’ll be a long wait for this trim as orders for both the GT and the GT Performance Edition variants will commence from spring 2021. Unfortunately, don’t expect the Mach-E to make it to India anytime soon.