In the interest of not wasting time, as he would have liked, let’s make this simple 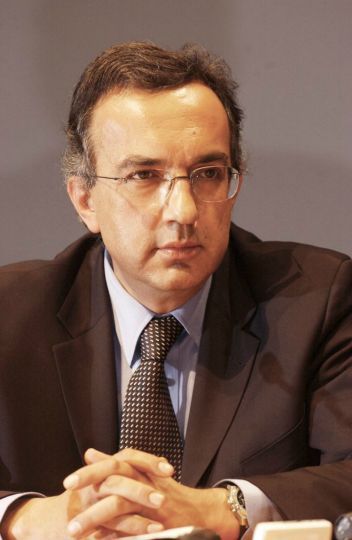 Conflict, hard times and the need to make things better had been part of Sergio Marchionne’s life even before he was born. Turbulent times after World War II saw the Marchionne extended family lose two family members to political and ethnic cleansing, forcing his parents to first move to mainland Italy and then to Canada to secure their son’s future.

His rise to become one of the most recognised executives in the automobile industry also followed an equally chaotic, thankfully not in anyway tragic, period of academic study. From accountancy to law and even philosophy, Marchionne had a great list of skills. But there was turmoil and turnaround even before he was given the reigns to one of the world’s most iconic automobile brands. His skills along with a work experience of over two decades made him the ideal candidate to bring Swiss quality-control company SGS back from the brink in 2002.

His success at SGS caught the eye of the Agnelli family, the majority shareholders of Fiat at the time, and he was asked to take the role of CEO and use his magic to save the company from being a monumental failure. Fiat had gone from being one of the most profitable and iconic automotive conglomerates in the world to a haemorrhaging giant. His appointment, subsequent actions and public statements brought him straight into the limelight.

His minimalistic dress code (always in a black sweater over a blue shirt and black pants) which saved time, his swift and bold decisions (including the apparent ‘ruthless’ downsizing of Fiat beginning 2004 by firing almost everyone who he did not seem fit for the job) and daring acts (including forcing GM to relinquish its shares in Fiat by paying out $ 2 billion/Rs 17.72 thousand crore which was used to develop future Fiat products including the cute but effective new-age Fiat 500 in 2007) earned him the ire and admiration of many in the industry. In the end, he was effective - which was the whole point.

Marchionne’s role in merging Fiat and the faltering Chrysler Group into Fiat Chrysler Automobiles in 2014, separating Ferrari from the group as its own public company in 2016 and dramatically alter the Scuderia Ferrari F1 team from 2014 onwards also gave him a maverick status few new age CEOs have in the industry. Fiat Chrysler brands like Jeep, Dodge, Ram, Alfa Romeo and Maserati have had a good run in recent years, with the group seeing a $ 7.7 billion (Rs 52.88 thousand crore) earnings in 2017. In one of his last press appearances last month, Marchionne promised increased earnings of between $ 15 billion and $ 18.7 billion as part of the groups newest five-year plan - unusually, he also wore a tie under his sweater!

Sergio Marchionne died of complications arising from a shoulder surgery to treat a malignant tumour on July 25. He leaves behind a legacy that will be difficult to match and grand plans which may be watered down by people who don’t possess the same vision and guts.