Audi Should Bring The e-tron 50 Quattro To India! 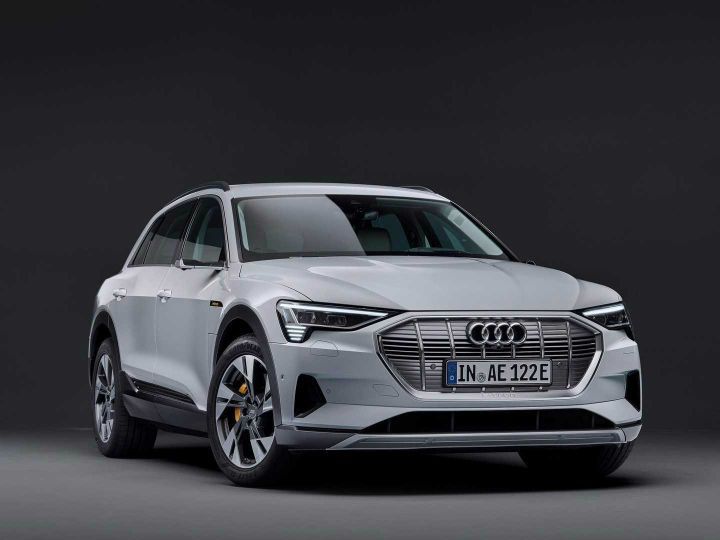 Audi’s first all-electric offering, the e-tron, was showcased in India recently. Set to launch at the end of this year, the e-tron packs enough tech to make the modern crop of SUVs look outdated. However, it comes at a price (expected to be around Rs 1.40 crore) that makes it out of reach for most of us. Audi, meanwhile, has pulled the covers off the entry-level e-tron variant called the 50 Quattro. It gets a smaller battery pack and a more affordable price tag.

First and foremost, it looks similar to the e-tron. Most of the changes lie deep under the skin. To put things into perspective, here’s a comparison of the standard e-tron with the entry-level e-tron 50:

The entry-level e-tron 50 comes with a smaller 71kWh battery pack that puts out 312PS of power and 540Nm of torque. The range is also down from 417km to 299km. But, Audi claims that the low kerb weight contributes to better efficiency and thermal management. The heat from the batteries are also reused to heat the cabin. The entry-level e-tron does the sprint from 0-100kmph in 7.0 seconds with a top speed of 190kmph.

Fast charging capabilities allows the e-tron 50 to be charged upto 80 percent in 30 minutes using a 120kWh charger. Like the more powerful version, the Audi e-tron 50 quattro also regenerates energy from braking back into the battery.

Some standout features on the bigger e-tron include rear-facing cameras that project the view on a screen in the door pads, Audi’s signature virtual cockpit, ambient lighting, four-zone climate control, wireless charging, a panoramic sunroof, a 360-degree camera and a Bang and Olufsen sound system.

The e-tron also comes with Quattro all-wheel drive and all-wheel steering to mask its heft and ensure that the dynamics are predictable.

Audi hasn’t revealed the prices of the e-tron 50 yet, but going by the German carmaker’s claims, expect it to priced more within our reach. The chances of the entry-level e-tron making its way into India are high. Let’s face the fact, the entry-level e-tron, if priced right, will make more sense for the Indian market. Meanwhile, the standard Audi e-tron was showcased in India recently. It is likely to be priced at Rs 1.40 crore (ex-showroom India) when launched later this year.