It is the first proper cruiser bike from Ducati and has been targeted to compete against other cruiser offerings by Harley-Davidson and Indian Motorcycles in the market. 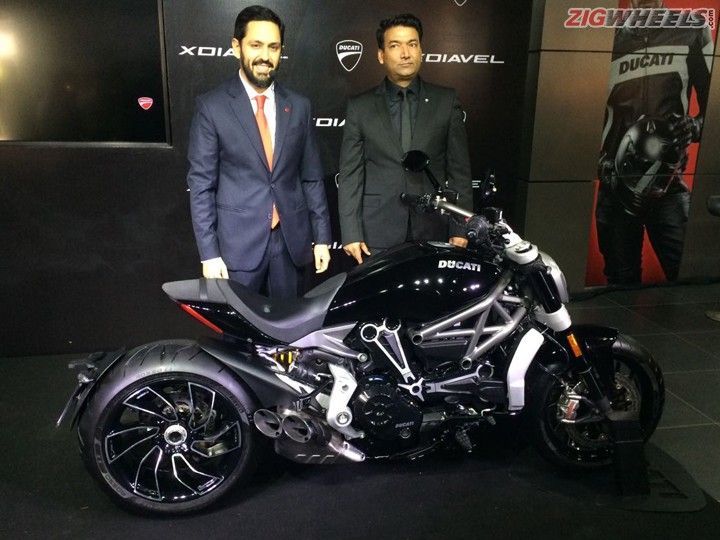 Ducati has expanded its product range in India with the launch of the XDiavel and the XDiavel S at Rs 15.87 lakh and Rs 18.47 lakh (ex-showroom, New Delhi) respectively. The Italian manufacturer had unveiled the motorcycle at the 2015 EICMA Motor Show in Milan, where it was declared the most beautiful bike at the show. The Ducati XDiavel is the first bike manufactured by the company to feature a belt final drive. Bookings are already being accepted at Ducati dealerships across the country for the XDiavel and XDiavel S.

The styling of the Ducati XDiavel carries a lot of aggressiveness and road presence. The trellis frame has been chopped to expose the muscle of the motorcycle. Following the black theme, Ducati wanted to give the motorcycle an uncluttered look, which is why the cooling system hoses have been routed internally. The exhaust system has been located behind the engine while the slashed twin exhaust tips finish just below the rear foot-pegs. The XDiavel features a full LED headlamp assembly while the XDiavel S receives an additional inverted U-shaped DRL.

Powering the Ducati XDiavel is the new Ducati Testastretta DVT 1262cc L-shaped engine that develops 160PS of power at 9500rpm and 129Nm of peak torque at 5000rpm. The engine comes with Desmodromic Variable Timing system that delivers high torque even at low running speeds. Transmission duties are handled by a 6-speed gearbox.

In the cruiser market, the Ducati XDiavel and the XDiavel S will be seen competing against other cruiser offerings by American motorcycle manufacturers Harley-Davidson and Indian Motorcycles.