The new range of electric bicycles is priced between Rs 3 lakh to Rs 7 lakh! 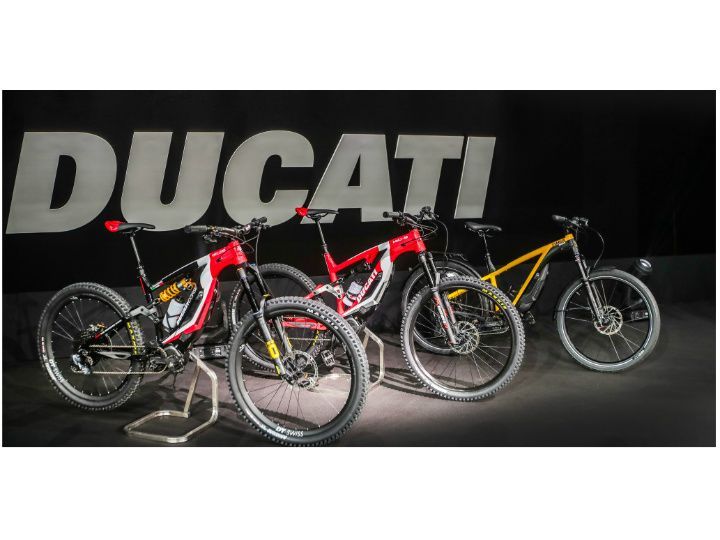 Ducati unveiled a whole armada of motorcycles at this year’s World Ducati Premiere. From the insane Streetfighter V4 to the all-new baby Panigale, the V2, the Italians went all-out and you can read our detailed report on what did Ducati had for us over here. However, in the midst of superbikes, scramblers and ADVs, Ducati also unveiled three electric bicycles: the MIG-RR limited edition, MIG-S and the e-Scrambler.

First up, the MIG-RR limited edition. Now, Ducati isn’t manufacturing these e-bicycles on its own. Instead, it has partnered-up with Italy-based Thok e-bikes for manufacturing these high-end e-bicycles. The top-of-the-line variant of the MIG-RR is limited to just 50 units worldwide. So, if you are keen on riding expensive bicycles, then you might have to act fast.

The limited-edition model gets several top-notch components such as Ohlins suspension, carbon wheel rims, a 12-speed electronic transmission and special Ducati Corse livery. It features a 504Wh Shimano battery as well. Now, for the main bit, price. Considering that it comes with tonnes of top-notch components, its final asking price is bound to be expensive. But around Rs 7 lakh expensive? That’s more than the entry-level Ducati Scrambler!

However, if you want a more “affordable” Ducati e-bike, then the company has the MIG-S in its lineup. The MIG-SS doesn’t get the expensive, top-rated components such as Ohlins suspension, carbon wheels and electronic transmission, which justifies its price tag of around Rs 3.71 lakh. The newest member to join Ducati’s family of e-bikes is the e-Scrambler. Priced at around Rs 2.9 lakh, the e-Scrambler comes equipped with Pirelli Cycle-e GT tires, 11-speed transmission and a  504Wh Shimano battery.

Ducati has already dippied its toes in the EV segment with electric two-wheelers. A few months back, the Italian bike maker unveiled a limited-edition electric scooter, which was made with a collaboration with Super Soco. Moreover, we might get to see an electric Ducati soon, as CEO Claudio Domenicali had said that “The future is electric, we’re not far from starting series production” earlier this year.