Italian motorcycle Benelli, delivered its 300th motorcycle in Chennai and to celebrate this occasion a special ride was organised 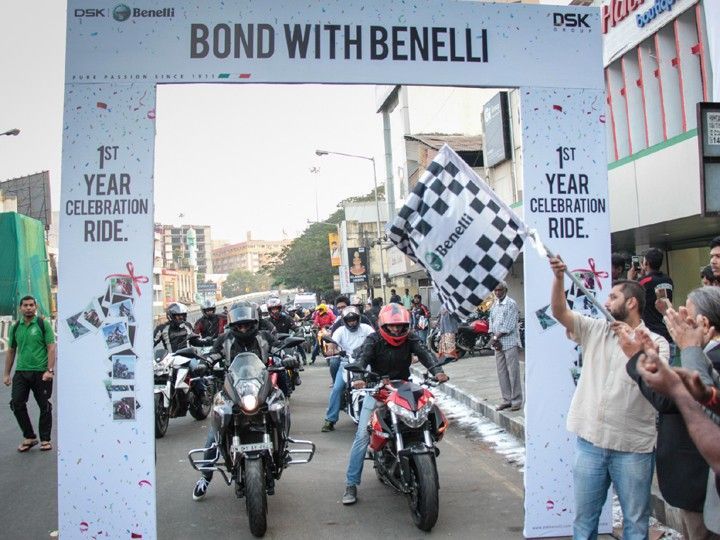 DSK Motowheels, the entity that introduced the Italian brand Benelli in India has received a great start in the southern state of Tamil Nadu. DSK-Benelli has delivered 300 motorcycles in Chennai. This feat has been achieved by Benelli within a year of it setting up its dealership in the capital city of Chennai. Benelli also became the fastest selling performance motorcycle brand in Chennai. To celebrate this occasion a ride was organised by the Italian bikemaker for its customers. The manufacturer also stated the fact that it delivered its 500th bike n Bengaluru.

Speaking on the achievement, Mr. Shirish Kulkarni, Chairman, DSK Motowheels, said, “DSK Benelli has received a truly phenomenal response in Chennai. There is a vibrant superbiking culture in the city, and its people have embraced DSK Benelli superbikes with great enthusiasm. We are delighted at recording delivery of 300 superbikes within a year. The numbers exemplify the brand value and trust that DSK Benelli exudes, and is a clear sign showcasing the acceptance of the brand by superbike enthusiasts across India as well.”