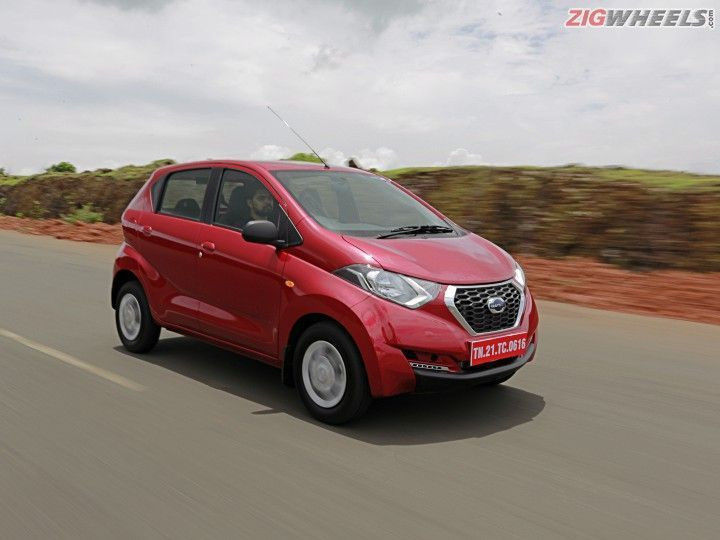 Since its launch in 2016, the Datsun redi-GO hatchback hasn’t received any major updates aside from an AMT option in 2018 and enhanced safety features in 2019. However, that is all set to change as an update to the hatchback is in the works. And now, it has been spotted testing on Indian roads. And from the looks of it, it is set to be a major update.

While the spied hatchback was heavily cladded in camouflage, we could tell that it will retain its tall-boy body style. The most noticeable change is the smoother shoulder line compared to its predecessor. At the rear, the updated redi-GO looks nearly identical to the current model.

Interiors of the redi-GO facelift are yet to be revealed, but it could borrow some bits from its larger sibling, the GO. It could also get slight tweaks in bits such as the dashboard layout and interior upholstery. The biggest change expected in the facelifted redi-GO is the addition of a touchscreen infotainment system, possibly the 8-inch Media Nav Evolution infotainment system from the Triber.

Under the hood, it is likely to continue using the 0.8-litre and 1.0-litre petrol engines albeit with BS6 upgrades. Both engines are likely to make identical power figures as their BS4 counterparts. Currently, the 0.8-litre mill puts out 54PS and 72Nm, whereas the 1.0-litre motor delivers 68PS and 91Nm. The new redi-GO is also likely to retain the same transmission options with a 5-speed manual and an AMT exclusive to the 1.0-litre engine.

Expect the redi-GO facelift to hit Indian showrooms later this year at a premium over its BS4 counterpart that currently retails from Rs. 2.83 lakh to Rs 4.40 lakh (ex-showroom, Delhi). Once launched, it will rekindle its rivalry with the likes of the Renault Kwid and Maruti Suzuki S-Presso.