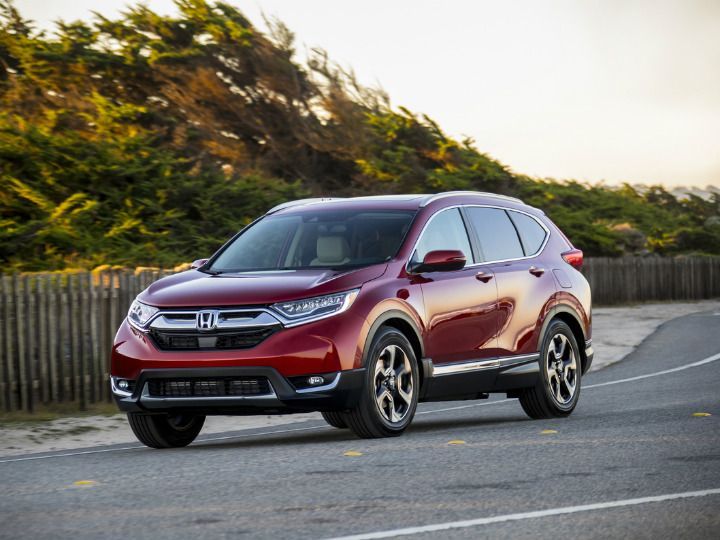 The Honda CR-V has had a love-hate relationship with us Indian car buyers. When it first debuted, the thought of a big petrol SUV seemed preposterous. But, it managed to rake in the numbers for Honda anyway. The second generation, in comparison, fizzled out pretty quickly; especially since diesel power became a non-negotiable demand of the SUV buying audience. Now, though, Honda believes it’s got the formula just right, with the new CR-V.

The CR-V will be offered with a 1.6-litre diesel engine, and a 2.0-litre petrol motor. Disappointingly, the 1.6-litre engine will run the lower 120PS/300Nm tune. The petrol unit, on the other hand, makes 154PS of power, and 189Nm of torque. While the diesel engine will be offered with a 9-speed automatic, the petrol will get a CVT. Honda will not offer manual transmission with the new CR-V. Also, the petrol-powered CR-V will have front wheel drive, whereas 4WD is expected to be offered on the diesel.

Any new features to look forward to?

For the first time ever, the CR-V will get a third row of seats. This is likely to be limited to the diesel variants though. While exact features have not been confirmed, we’re expecting the CR-V to get all-LED headlamps, 18-inch alloy wheels, leather upholstery, dual-zone climate control and a touchscreen infotainment system with Android Auto and Apple CarPlay. Honda has confirmed that the India-spec CR-V will not feature ‘Honda Sensing’ (radar-based driver assistance systems) that includes lane assist, lane departure warning, collision mitigation braking system and more. That said, it will get Honda’s ‘Lane Watch’ - a nifty camera placed under the left mirror, that relays feed onto the screen on the dashboard, everytime you indicate left.

When can you buy one? And, for how much?

We’ve got confirmation from the manufacturer that the SUV will be launched in India in October this year. What’s slightly surprising, is the fact that Honda won’t be super aggressive with the price tag. Expect prices to hover around the Rs 27 lakh to Rs 30 lakh bracket, which puts it on par with the Volkswagen Tiguan, and within touching distance of the Skoda Kodiaq. Notably, it will also overlap with traditional ladder-frame SUVs such as the Toyota Fortuner and the Ford Endeavour.