According to Latin NCAP, General Motors has the worst average crash test rating of all the major global manufacturers active in the South America 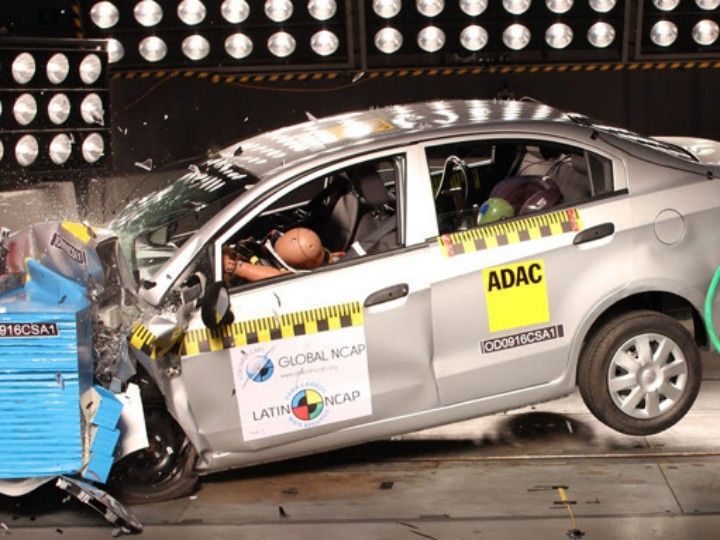 In a new low for General Motors, its Chevrolet Sail sedan has miserably failed the Latin NCAP crash test, getting a zero-star rating. The car is sold with both diesel and engine options in India as well.

The car got a big fat zero for adult safety while it was given 2-stars for child occupant safety. The bodyshell integrity was also rated as unstable. “The protection offered to the driver head was poor. Also the chest protection was poor due to the high deflection and contact with steering wheel,” said the test report.

Following this crash test result, General Motors’ safety ratings have taken another serious hit. According to Latin NCAP, GM has the worst average crash test rating of all the major global manufacturers active in the region.

Global NCAP secretary general David Ward has raised these concerns in front of GM chairman and CEO Mary Barra. In a letter, he has asked the American carmaker to urgently address the safety issues surrounding it.

“GM has chosen to exploit the weak application of minimum crash test standards in Latin America to provide a version of the car that the company would be unable to sell either in Europe or North America,” Ward said in the letter.

Not among the best-sellers in India, the Chevrolet Sail comes in two engine options – the 1.3-litre, 4-cylinder, turbo diesel mill, good for 78PS, and a 1.2-litre Smartech-powered petrol unit that churns out 83.6PS of peak power. Both of them come mated to 5-speed manual gearboxes.