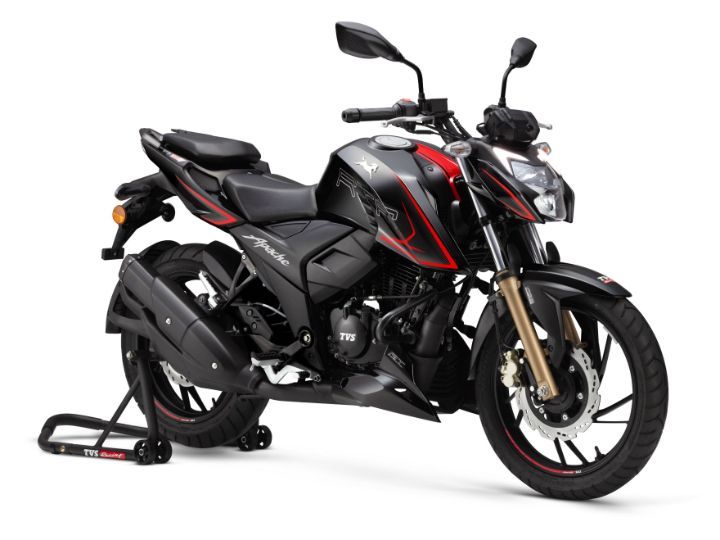 Hot on the heels of our spy shots last week, TVS has launched BS6-compliant versions of its Apache RTR 160 4V and RTR 200 4V models. Both bikes employ fuel injection as standard but the upcoming emission norms have taken a toll on engine output. The RTR 160 4V has lost 0.78PS and 0.68Nm, with the final figures now standing at 16.02PS and 14.12Nm. The RTR 200 4V fares slightly better on the power front, retaining its 20.5PS power figure. However, torque has fallen by a considerable 1.3Nm to 16.8Nm.

TVS will discontinue the carburetted variants of both bikes once BS6 norms take effect, since these versions will not be able to meet the updated regulations. At the moment, BS4-compliant versions of the bikes are still on sale. All these changes have resulted in price hikes to both new models. The 160 has gotten off the hook comparatively easily with a variant-for-variant hike of Rs 2,444, meaning that the rear disc brake variant is now priced at Rs 1,03,000*. Meanwhile, the 200 has received a significant increment of Rs 9,450 and now retails for Rs 1,24,000.

Apart from the updates to the engine to meet upcoming emission norms, the increase in price can also be attributed to the new LED headlight on both bikes. TVS has also thrown in a one-touch start system as well as a low RPM assist which it calls GTT, or Glide Through Traffic. The Pirelli radial tyre at the rear which was earlier an option on the RTR 200 4V has now become standard fitment, as well as TVS’ SmartXonnect Bluetooth system.