The BS-IV-spec version of the Bajaj Pulsar 220 will carry a sticker price of Rs 1.05 lakh (on-road Mumbai) 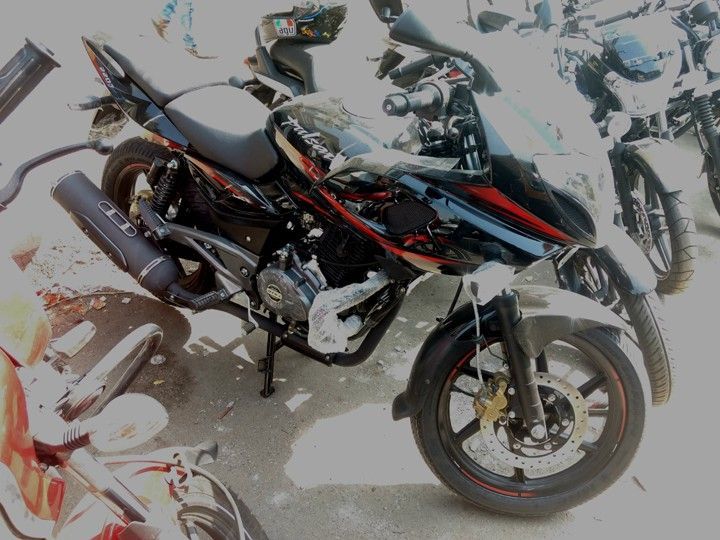 The Bajaj Pulsar 220 can be credited as one of the most important motorcycles to ever roll on Indian roads. Ever since its launch in 2007, the Pulsar 220 has been the benchmark of its segment and it continues to do so, almost a decade later. It made performance and never-seen-before features accessible to the common man at a fantastic price. The Pulsar 220 has always been a desirable motorcycle among youngsters due to its sporty and semi-faired styling. It has witnessed its fair share of changes, the first being the switch from fuel injection to carburettor for better pricing and some cosmetic updates.

Now, the popular Bajaj Pulsar 220F gets its latest update as the bike now adheres to the BS-IV (Bharat Stage 4) emission norms. The BS-IV-spec Pulsar 220F has been silently introduced in the market by Bajaj Auto as few dealerships have already started selling them.

The BS-IV-spec Bajaj Pulsar 220F has been priced at Rs 1.05 lakh (on-road Mumbai) which is marginally more than previous model. Cosmetically, the new BS-IV-spec model is identical to the older bike but gets news graphics, matte black finish on the exhaust muffler and rim tape. The semi-digital instrument console remains unchanged but gets a faux carbon fibre finish panel around it. Powering the motorcycle is the same 220cc, oil-cooled, single-cylinder motor pumping out 21PS and 19.2Nm of peak torque. The mill will be mated to a 5-speed transmission. Cycle parts and underpinnings, however, remain unchanged on the new motorcycle.