Bajaj Chetak: Your Questions Answered About The Electric Scooter 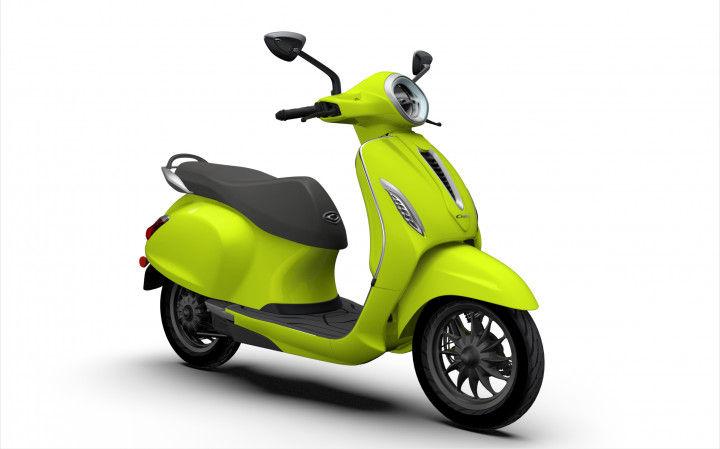 We have done quite a few videos on the Bajaj Chetak and on every occasion, we were able to unearth vital details about the electric scooter. The Chetak is finally and the biggest question that persisted in everybody’s mind -- the price -- was answered. Yet, there were some lingering questions on our videos (which you can check out by clicking here for the walkaround and here for the first look). Well, here are the answers:

Q: What kind of service does an electric scooter require?
A: Electric two-wheelers do not have as many moving parts as their petrol-powered counterparts and consumables are significantly lower. Still, sub-systems like the brakes and wheel assemblies have consumables that need to be tended to periodically. The caliper pads/drum shoes need replacement over a period of time and so do the tyres.

Bajaj recommends owners get their Chetak’s first service done after 1000km. During this service, Bajaj will give your Chetak a simple diagnostic check. It will also provide Bajaj quick data over the usage patterns of the scooters so as to gain a better perspective of the electric space.

Q: Why has the scooter not been launched pan-India?
A: We have a two-part answer. Firstly, the electric vehicle space is still in its nascent stage in India. While there has been a boom in recent times, the charging infrastructure to support electric vehicles is still inadequate at this stage. Even though the Chetak requires just a 5A wall socket to charge, it will be a task to find continuous supply of electricity in tier-2 and tier-3 cities of India. Pune and Bengaluru are two cities where electric vehicles, especially two-wheelers, have a good presence.

Secondly, thanks to Bajaj’s (KTM’s to be precise) large dealership network, the Chetak will be offered in more cities in the coming months. Hence, expansion plans for Bajaj should be not much of a worry.

Q: It takes far too long to fully charge the Chetak. Why no full charging option?
A: Let us divulge some data first. The Bajaj Chetak takes 5 hours to fully charge it’s batteries. This is done via a 5A charger. Comparatively, the Ather 450 takes 30 minutes more via the same charging method to fully charge its batteries. The range on offer on the 450 is also lower, 75km vs 95km on the Chetak. The only reason why Bajaj does not offer a fast charging solution for the Chetak is that fast charging deteriorates battery cell life rapidly. Bajaj is giving a more trustworthy and long lasting solution. If you feel the charging time is far too long, best leave the scooter plugged in at night.

Q: Why is the top speed capped at 60kmph?
A: Yes, this is one of the areas where we feel the Chetak could have done better. It does give a sense that the scooter will be slow. However, Bajaj assures that the performance will satisfy most users. Electric vehicles are known to be quick. Hence, even though it will go only to about 60kmph, it will be quick to reach that speed.