Auto Expo 2020 Will Be Part Electric, Part BS6-Centric, And A Whole Lot Hectic 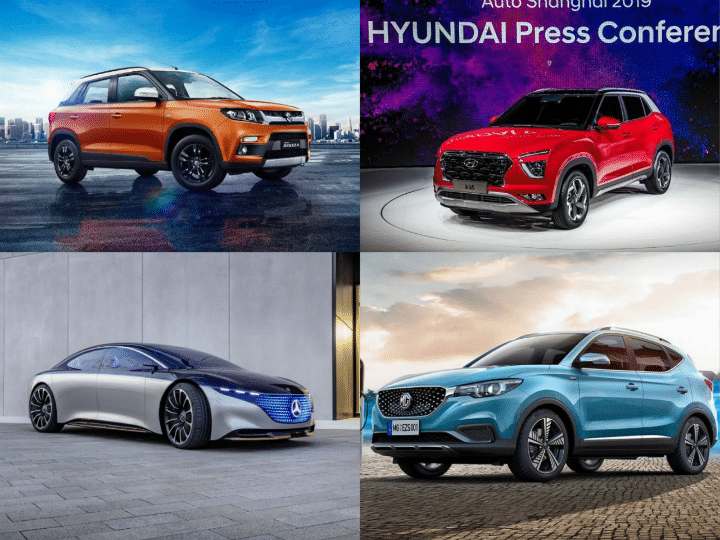 As 2019 comes closer to an end, the focus shifts towards 2020 and all that’s new in the Indian automotive industry. Next year is of great significance as we will see the 15th edition of the Auto Expo from February 7 to 12, 2020. The expo will host various launches, unveils, as well as futuristic tech. The outcome of this year’s expo is also crucial for manufacturers who hope to compensate for the sales slump in 2019. This week, we take a look at everything in store for us motoring enthusiasts at the Auto Expo 2020.

The Auto Expo was conceived in 1985, with its debut show held from January 3 to 11, 1986. It is jointly organised by the Automotive Component Manufacturers Association (ACMA), the Confederation of Indian Industry (CII), and the Society of Indian Automobile Manufacturers (SIAM). It is essentially a platform for Indian manufacturers to showcase their latest technologies as well as play host to unveils and launches.

By 1998, the Auto Expo became a biennial event. Pragati Maidan, New Delhi, was the home of the Auto Expo since its debut until 2012. It was later replaced by the India Expo Mart in Greater Noida that has hosted the expo since 2014. The upcoming edition of the Auto Expo will continue to be hosted at the same venue.

While we are sure to see futuristic tech and launches at the Auto Expo 2020, the highlight will be two major countdowns. The first is manufacturers preparing to update their entire model lineup to meet BS6 emission norms before the April 2020 deadline. 2019 saw one of the biggest slumps in the Indian automotive industry partly due to this transitional period, and carmakers are looking to recover with their rejigged BS6 cars.

The other major countdown in India is the start of the EV revolution that kicked off this year with the Hyundai Kona Electric. Expect a host of EVs to make their debuts at the expo in preparation of the Indian government’s bold move to have electric-only vehicles by 2030.

The Auto Expo 2020 is expected to witness several manufacturers making their debuts and returns. This includes Maruti Suzuki with updated models such as a BS6-petrol Vitara Brezza and CNG variants. Hyundai could have some of its 2019 highlights such as the facelifted Elantra, Kona Electric, the Venue as well as the Grand i10 Nios. The next-gen Creta and Aura sedan could be the star attractions for Hyundai.

Tata Motors is likely to go big with varied models starting with the Nexon EV, facelifted Nexon, Gravitas, Altroz EV as well as the automatic Harrier. We have Skoda and Volkswagen returning after being merged into Skoda Auto Volkswagen India. Expect this merger to result in several vehicles ranging from a Seltos rival and the likes of the T-Roc to the Karoq, the next-gen Octavia as well as the facelifted Superb. The next-gen Polo and the ID.3 EV could also feature at the expo.

We’ll also see Kia Motors and MG Motors making their debut. Expect Kia to showcase the Seltos SUV as well as the upcoming Carnival MPV that is slated to debut in January 2020. We could also get a glimpse into Kia’s third model that might be the QYI sub-4 metre compact SUV.  MG Motors is likely to showcase the ZS EV slated for January 2020 launch. Also expect 6-seater and 7-seater versions of the Hector to debut here. MG could also showcase its next SUVs, the Maxus D90 as well as the Baojun RS-3.

Mahindra’s lineup for the Auto Expo 2020 could include the likes of the XUV300 electric, next-gen Thar, 2020 Scorpio and the next-gen XUV500. The carmaker might also debut BS6 updated models. Renault’s lineup is likely to consist of the Venue-rivalling HBC SUV as well as a sub-4 metre compact sedan. The carmaker may also showcase the facelifted Kwid and the Triber. Other highlights for Renault may include the next-gen Duster, the all-electric City KZ-E, and the 1.5-litre diesel replacement.

Rounding off the participants is Mercedes-Benz that could showcase its all-electric EQ range of cars including the EQC SUV and the Vision EQS concept sedan. Also expect some ICE SUVs such as the 2020 GLS SUV, 2020 GLE SUV, and the 7-seater GLB on display at the expo.

While the Auto Expo 2020 will feature a host of manufacturers, there are also some that will skip the expo. Some of the major ones include Audi, BMW, Toyota, Honda as well as Citroen. Jeep, Ford, Jaguar Land Rover, Lexus and Volvo have also decided to give the expo a miss for several reasons such as the transition to BS6 emission norms, sales slump, as well as rising inventory.