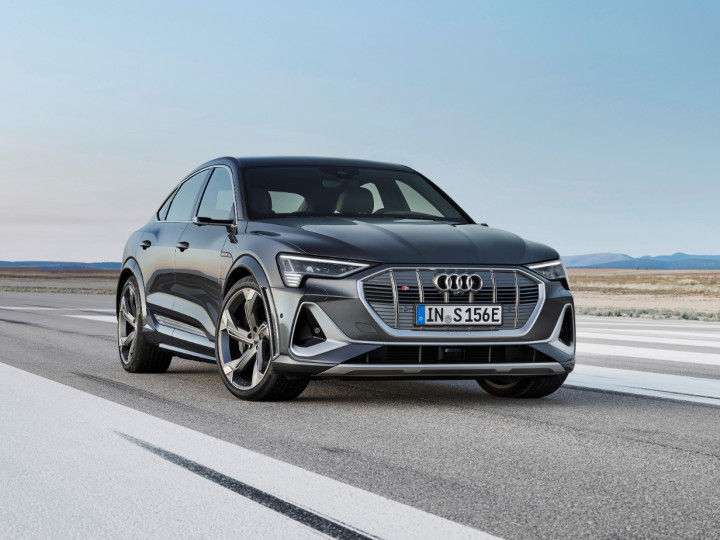 The first of Audi’s ‘S’ electric cars are here! Say hello to the Audi e-tron S and e-tron S Sportback, both of which have received the S DNA and sporty upgrades for more fun behind the wheel.

Any Audi car with an ‘S’ badge means more power. Flip the gear lever to S and the e-tron S’ electric motors puts out a bonkers 503PS and a mind-boggling 973Nm of force in an eight-second boost interval. That’s a full 95PS and 309Nm more than the standard e-tron 55 quattro in max attack. The e-tron S’ numbers also seem exciting with the 0-100kmph run in 4.5 seconds, maxing out at 210kmph.

So what has Audi done to squeeze out so much power from the e-tron S? Simple. The Ingolstadt carmaker has added a third electric motor in the rear axle in addition to its dual-electric motor setup. Being an Audi, the e-tron S drives all four wheels. But it is more rear biased with the front motors kicking in only if you want that extra oomph. It also has a torque vectoring system, delivering power to the wheel with maximum grip. Other driving enhancements include Audi’s S adaptive air suspension and a progressive steering wheel that becomes more agile while throwing it into a set of corners.

The e-tron S also features plenty of aerodynamic gizmos to enhance efficiency. There are Audi’s sleek virtual cameras that replace the traditional ORVMs while the cooling air inlet opens up only if the brakes require cooling.

Inside, the e-tron features sport front seats finished in Nappa leather while all the screens now come with S-based graphics for that extra bit of attention to detail. Audi also offers a choice of customisation options for the interior including a tasteful carbon fibre finish.

Prices for the e-tron S and the e-tron S Sportback begin at GBP 87,000 and GBP  88,700 in the UK respectively. Closer to home, Audi is gearing up to launch the standard e-tron which is expected to reach dealerships by the end of 2020.