Hyundai will launch the Kona Electric in India on July 9, making it the first all-electric SUV in the country 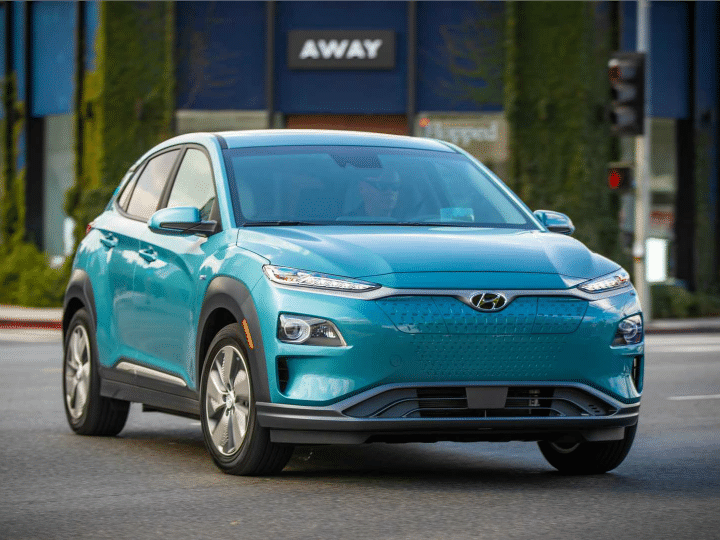 SUVs in India span across various segments, but all-electric ones are still a novelty in the country, without any long-range offerings in the space yet. But that is about to change with the Kona Electric which is slated for a launch on July 9. However, Hyundai will only sell the Kona Electric in 16 select cities through specialized dealerships. Hyundai will be the first brand to debut an all-electric SUV in India. In doing so, it will beat MG to the race, as the all-electric eZS is scheduled for a launch by the end of this year.

The Korean giant plans to have select dealerships with all the necessary infrastructure needed for an EV. Most of these showrooms will also have fast charge facility which can be used to charge the Kona’s battery to 80 per cent in just under an hour. The all-electric SUV will be brought to India via the CKD route.

An AC home charger will be provided as an optional extra. This charger can fully charge the SUV in around 10 hours of time. Hyundai India will not be providing a fast charger for domestic purposes as the price premium won't be justifiable.

The Kona Electric comes in two versions abroad- 39kWh battery pack model and a 64kWh battery pack model. The 39kWh variant has a claimed range of 289km(WLTP) while the 64kWh version can go on for 449km (WLTP) on a single charge. The variant destined for India is still not clear, but we expect the 64kWh version to come in first. It produces an impressive 204PS and 395Nm of torque. The 39kWh version, meanwhile comes with 136PS and 395Nm of peak torque.

The overall styling of the SUV is similar to the standard Kona, albeit without the grille ( a unique pattern in place of that) and with some other revisions to the bumper design. The range figure of the Kona Electric is very practical for India. The current crop of electric cars in the country like the eVerito, for example, have a limited range of 140km.

Expect the Kona Electric to come loaded with features like 8-inch touchscreen display, live services, real-time traffic updates, Apple CarPlay and Android Auto, 8-speaker KRELL premium audio with a subwoofer, heated and ventilated seats and more. The SUV might also come with BlueLink connected features that debuted on the Hyundai Venue. Six airbags, ABS, blind spot detection, hill-start assist, reverse camera, among others are also expected to be on offer. The Indian specifications and trim details are yet to be revealed, but given it’s a Hyundai, expect it to come loaded.

The expected pricing for the Kona Electric is likely to be around Rs 25 lakh and the only competition for the SUV comes in the form of the MG eZS.