These Two-wheelers Broke On To The Scene In August 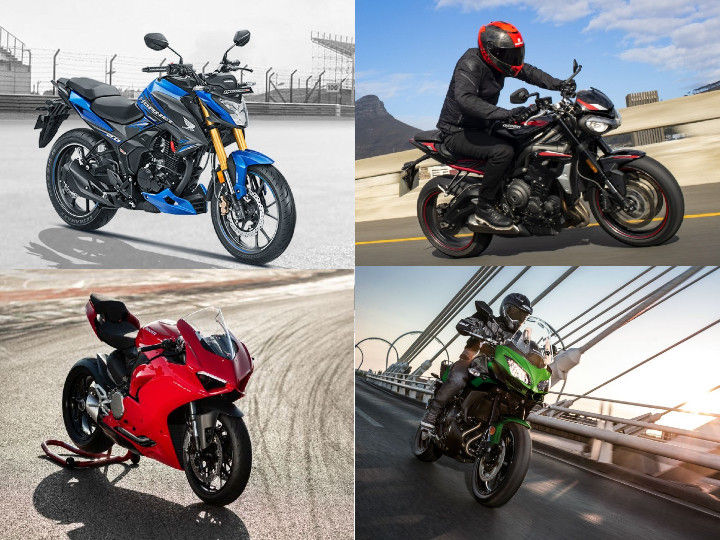 Under normal circumstances, August is usually a slow month with few manufacturers launching products. But this being 2020, the industry shook off its lockdown lull and we had some new bikes to talk about. Here are all the two-wheelers that arrived this month:

Honda Hornet 2.0
Up until a few weeks ago, the largest motorcycle that Honda made in India was a 160cc sporty commuter. But that changed with the launch of the Hornet 2.0, Honda’s first motorcycle in the 180-200cc space. It gets a fancy USD fork, a larger 184cc single-cylinder air-cooled engine and some modern features. Head here to know all about the new Hornet.

Triumph Street Triple R
For the first time in India, Triumph has brought the R version of the Street Triple naked series. It comes in at an attractive price point, lower than what the older Street Triple S used to retail for. The Triple R gets adjustable suspension at both ends, lots of rider aids, and the 765cc motor is not as far off the pace of the top-spec RS as the older S was. Here’s what differentiates the two Street Triple variants.

Ducati Panigale V2
Ducati’s first BS6 bike, the Panigale V2, has finally arrived on our shores. Despite being the entry-level sportbike in the Ducati stables, the Panigale V2 doesn’t pack anything less than what we have come to expect from the Bologna manufacturer. The 955cc motor (same as the old 959) makes more power and torque, there are loads of electronic rider aids on board and it mimics the larger Panigale V4 in design. The only hiccup is that you have to cough up quite some moolah for the Italian beaut. Shumi spent a day at the track with the baby Panigale late last year and these were his impressions.

Kawasaki Versys 650 & Vulcan S
Kawasaki has completed the BS6 transition for its 650cc as both the Vulcan S and the Versys 650 received their BS6 updates. The bikes have not received many new features like the Ninja 650 or the Z650 but still come bearing a significant price premium. Engine figures remain around about the same as before.

TVS Jupiter ZX Disc
The TVS Jupiter was one of the first two-wheelers from the brand to meet BS6 norms. While TVS updated each variant of the popular family scooter, it shied away from giving it a front disc. Nearly a year after the BS6 scooter was introduced, TVS has finally given the ZX Disc trim. It costs a bit too much, especially considering that the only new bit it gets is the i-Touch start system like the XL100.