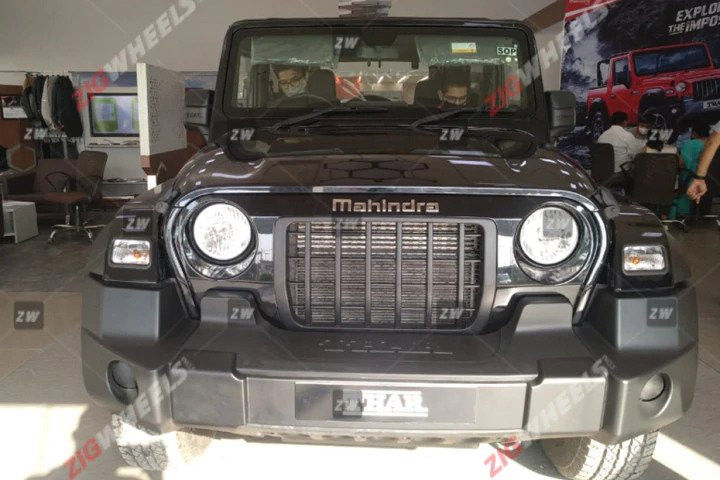 Ever since its launch on October 2, the second-gen Mahindra Thar has been the centre of attention. Such is its appeal that it has been booked for the next nine months and is already sold out till May 2021. The Thar was launched in four variants: AX Std, AX, AX (O), and LX. The AX Std and AX featured side-facing rear seats, whereas the AX (O) and LX came with front-facing rear seats.

The Thar’s most recent achievement, however, is the 4-star Global NCAP crash test safety rating. Since this was for the four-seater variant, Mahindra has decided to do away with the AX variants, which are less safe in comparison. This could be because the off-road oriented AX variant missed out on seatbelts for the rear seats and a roll cage as well as child seat anchors. These are offered in the 4-seater variants. The AX variants were offered only with the fixed soft-top roof.

With the discontinuation of the AX variant, the starting price of the Thar has shot up by Rs 2 lakh. It is now priced from Rs 11.90 to Rs 13.75 lakh (ex-showroom). However, prices are set to increase from January 2021, with Mahindra also ramping up production to cut down on the waiting period.

Mahindra has given the Thar quite an upgrade. In addition to its off-road capabilities, it gets a bunch of creature comforts and safety features. These include LED DRLs, cruise control, 7.0-inch touchscreen infotainment system, ABS with EBD, dual airbags, electronic stability control, and rear parking sensors. Built on a new platform, it also offers practicality in the form of more cabin space and a larger, more sturdy frame. The Thar still gets three factory-fitted roof options and is also expected to soon get two new colour options: white and silver.

Under the hood, the Thar gets two engine options: a 130PS/300Nm 2.2-litre diesel and a 150PS/320Nm 2.0-litre turbo petrol. Both engines are offered with the choice of 6-speed manual and 6-speed automatic transmission, and come with a 4x4 drivetrain with a low-range transfer case as standard.

The Mahindra Thar will soon lock horns with the upcoming SUVs, Maruti Suzuki Jimny and the new Force Gurkha.