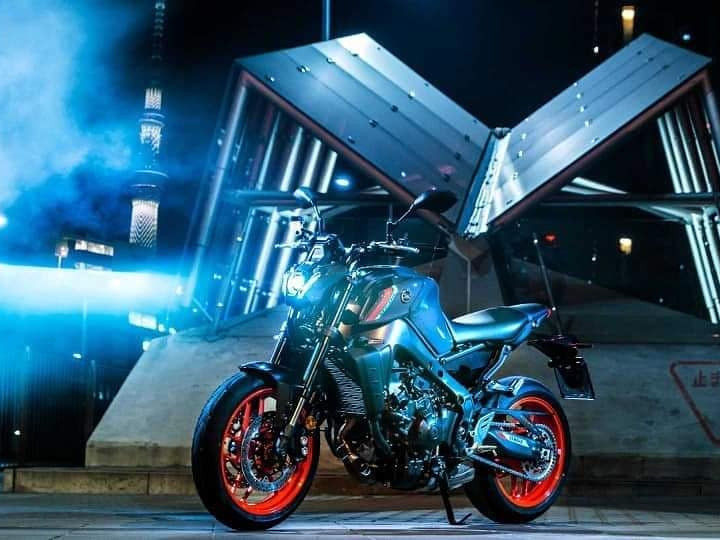 Yamaha has revealed details about the 2021 MT-09. The updates for the street naked appear to extend beyond a cleaner Euro 5 motor. Here’s what we know about the upcoming motorcycle so far:

Leaked approval documents indicate the current 847cc inline three-cylinder motor has been enlarged to 890cc. This has resulted in increased power output, with the motor now delivering 118PS. Along with the new motor, the MT-09 could feature IMU-based rider aids such as cornering traction control, more than two rider modes, and cornering ABS.

The upcoming motorcycle gets a new headlamp design, instead of the twin insect assembly the current one features. Given that the current headlamp setup gives the bike a more aggressive look and feels more in place with Yamaha’s MT lineup, we are not sure why it decided to shift to a more conventional setup. The new headlamp features an LED projector setup with twin vertical LED DRL strips flanking it. It now features a conventional tail-mounted number plate holder, instead of the previous swingarm-mounted one. The new fuel tank and tank shrouds look meaner than before. Even the unique side-mounted digital instrument console has been replaced by a new, larger console.

It gets a new twin-spar frame and swingarm. The new chassis could be borrowed from the new R6, meaning the upcoming MT-09 could be the sharpest handling naked around. It could also be a few kilograms lighter than before. The suspension components are more or less expected to be carried over.

We will be updating the story as more details spill over.