Gets a few updates, including ride by wire 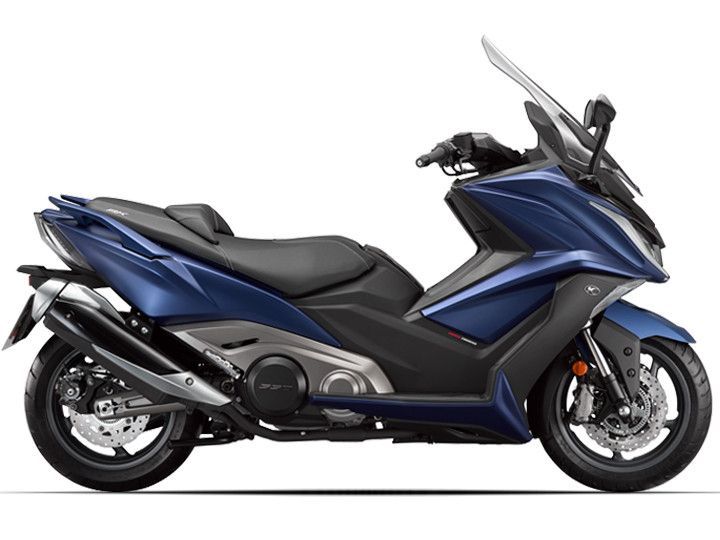 The mid-displacement maxi-scooter in Europe is currently populated with offerings like the Yamaha TMax, Suzuki Burgman and Honda Forza -- all of which cost a pretty penny. Taiwanese scooter manufacturer Kymco is now joining the action with its flagship scooter, the AK 550. The 2021 model complies with strict Euro 5 emission norms and even gets a few extra goodies that make it a tempting option. More importantly, at around €9,999 (roughly Rs 8.88 lakh) it’s one of the cheapest scooters in this segment in Europe.

What’s a bit weird is the fuel tank capacity, which can only accommodate 12.5 litres instead of the 15 litres on the older model. You’d probably expect the weight to go down thanks to the smaller tank, but that’s not the case here. In fact, the AK 550 has gained 4kg during the Euro 5 transition and now tips the scales at 226 kg (dry). Weight aside, it's still a fairly accessible scooter thanks to a seat height of 785mm.

Moving on, Kymco has updated the AK 550 with ride-by-wire throttle for precise throttle inputs and a smooth bottom end for city commutes. You get a tall windscreen for wind deflection, a full-digital instrument console, heated grips, LED lights, and a nice, comfortable seat that can easily accommodate two well proportioned riders.

Kymco made a brief appearance in India back in 2019 with three scooters, the Like 200, the iFlow and the X-Town 300i. Unfortunately, none of these scooters went up for sale and no one has heard from the manufacturer ever since. So the possibility of Kymco bringing the AK 550 to India is really slim as things stand now.